NEW JERSEY, USA: Eye on Culture: The 4th of July 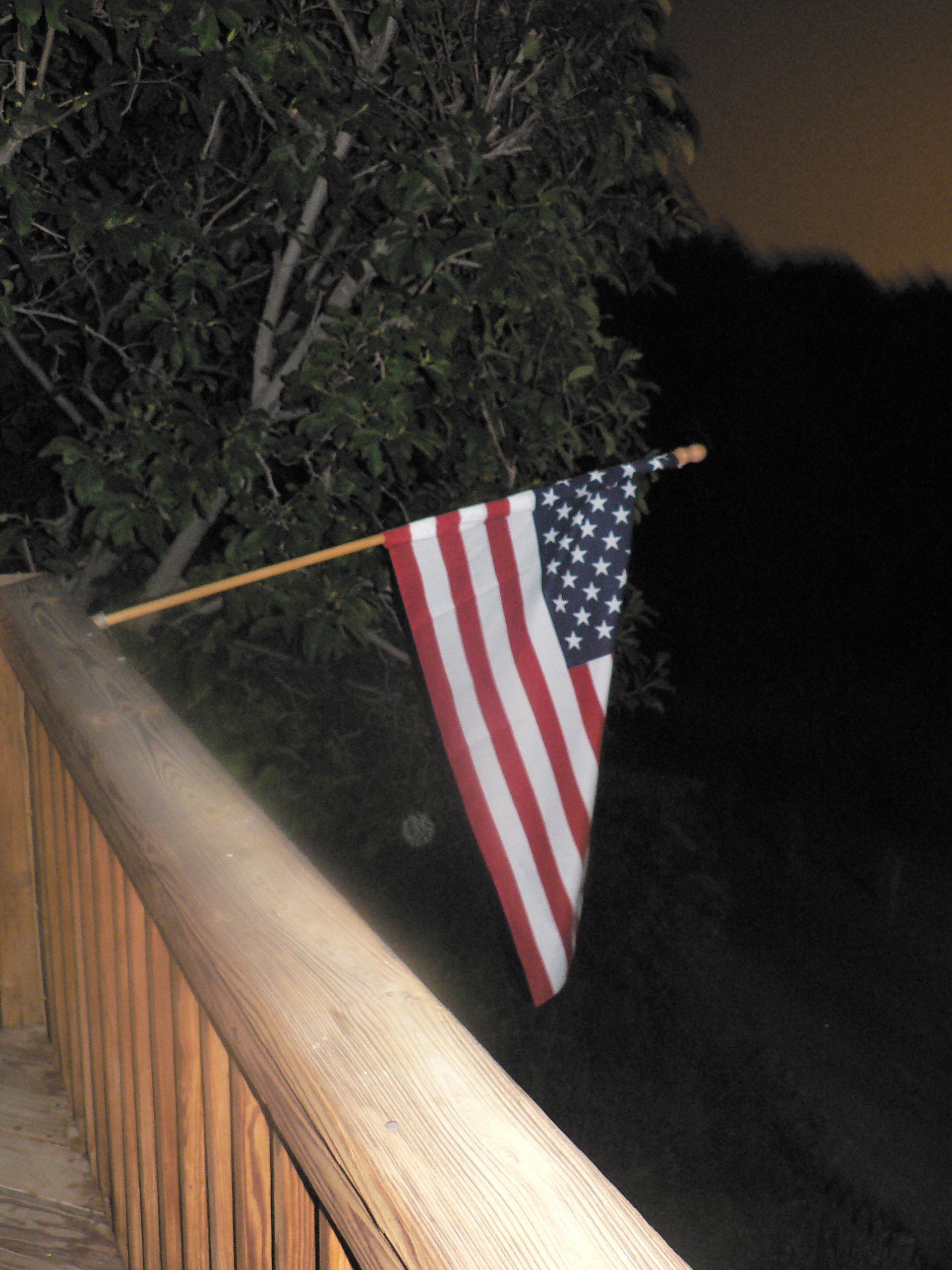 Growing up, my best memories of July 4th, the U.S. Independence Day, were picking out my clothes in shades of red, white and blue, helping my mom put our U.S. flag outside our house and getting to run around with fire sparklers around our backyard at night.

Sparklers were for the younger kids (say 8 years old and up), while the big kids were helping the adults set off fireworks on our side yard.  You’re not allowed to light off your own fireworks now in NJ for safety reasons, come to think about it, I’m pretty sure that you weren’t allowed to back then either.

I can still smell the savory scents of the day: hotdogs, sauerkraut, hamburgers, sausage, peppers and onions coming from the grill, and the aroma of mom’s potato salad, barbecue chicken and corn on the cob coming from the kitchen.  We barbecued all day in our backyard, and my parents would have their friends over. And, everyone brought their kids, so the kids were always off playing on their own.

My mom would also make a U.S. flag cake, decorated with blueberries, strawberries and whipped cream, and my dad would stand over the grill until everyone had their fill.  I can still hear him calling me his “bicentennial baby” because I was born in the year of my nation’s bicentennial, 1976.

Sometimes, after the barbecue, we would all get packed up in the car and head to our local beach on the Atlantic ocean to watch the fireworks shot off from boats at night.  We would spend time in the arcades on the boardwalk playing games before the sun went down for the fireworks show. Then, we’d head onto the moonlit beach wrapped up in beach towels to keep out the chill of the cool ocean breezes and look up to the evening sky in anticipation of the lights and booms.

In my experiences there were never any ill-sentiments toward England on this day, although we are all well aware of who we fought for independence from.  The day, to me, is a summer celebration of our country, our flag and our colors. (I have bought matching tank tops with the U.S. flag on them for me and my girls to wear today.) 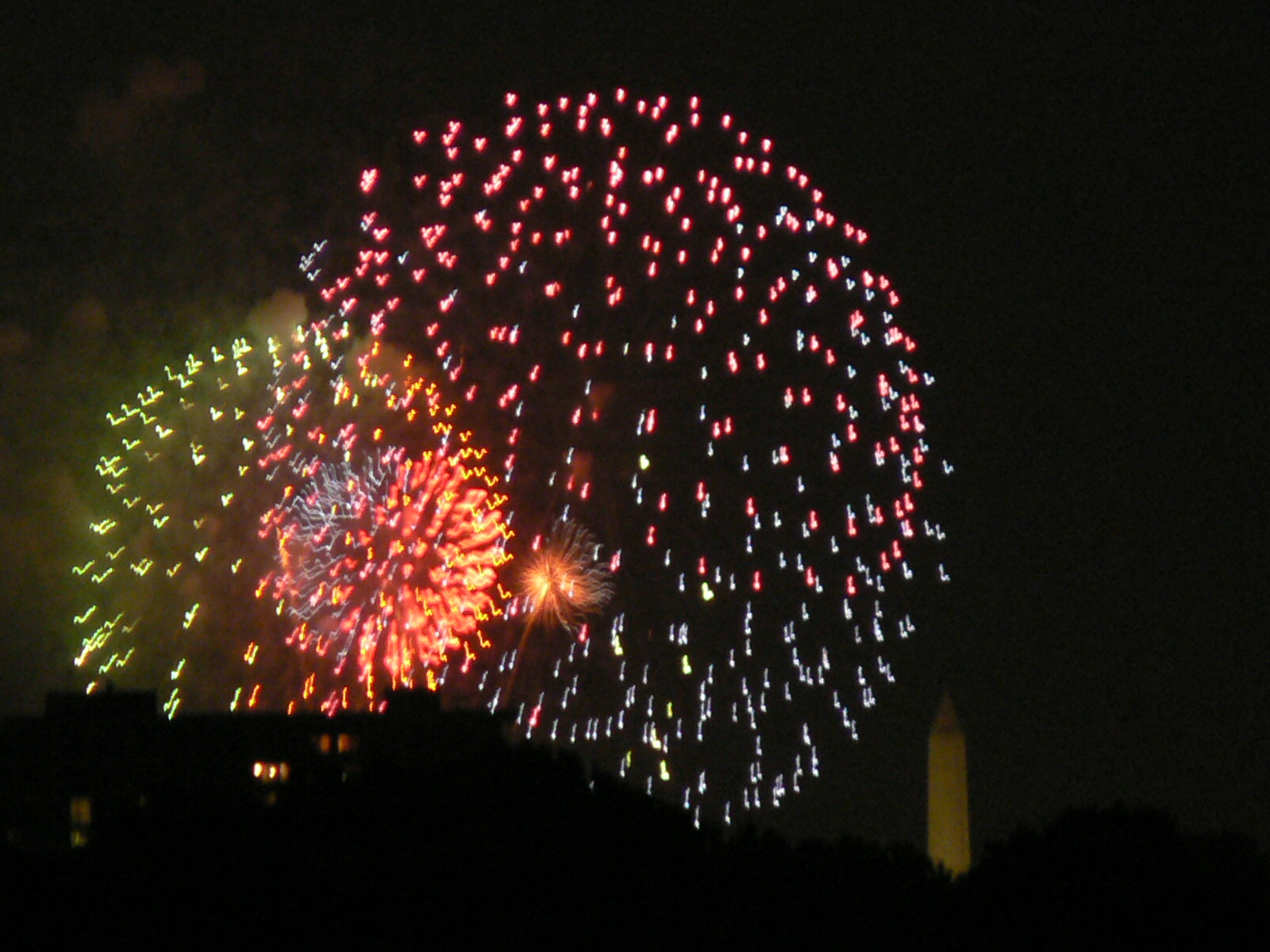 Another way I have celebrated the 4th of July was watching fireworks over the Washington Monument with my friends and husband when we lived close to our nation’s capital, Washington, D.C. Also, back in my single days, my friends and I watched the New York City fireworks from Jersey City, NJ and, more recently, we have taken family trips down to the beach to watch the Atlantic City, NJ fireworks.

But one year, when I was 17 years old, my July 4th was silent.  In 1993 I was a foreign exchange student in Japan and lived with a Japanese family in Fukui, Japan.  July 4th came, and there was no celebration.  It was just another day in the week.  This was soooo eerie to me! I remember feeling a bit homesick on that day, thinking about all the celebrations being had at home.

So, I’m writing this post, and thinking…ok, I need to get into a whole explanation about the history behind our independence from England, etc., and I just keep talking about get togethers and fireworks.  But, maybe that’s just exactly what the day has become for mainstream America? An annual celebration appreciating our country with family and friends.  I’ve got to go get my flag shirt on!

Does your country celebrate an Independence Day? If so, how do you celebrate? And, if you are from the U.S., have you ever been out of the country on the 4th of July? If yes, how did you feel?

This is an original post to World Moms Blog by our founder and Editor in Chief, Jennifer Burden, of New Jersey, USA.  Jennifer can be found blogging and recapping the week on Saturdays, here, on World Moms Blog.