CANADA: The Long and the Short of Maternity Leave 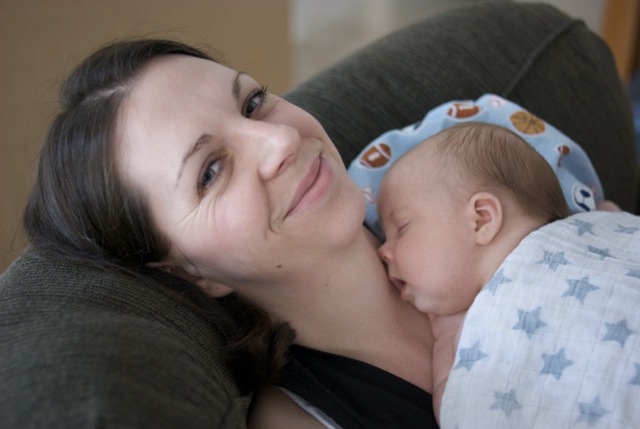 “You get a year of maternity leave?!”

Her tone, and rightly so, was incredulous. I – a Canadian – was in Washington, DC, speaking at a conference. I was six months pregnant and the topic of maternity leave, for some reason I no longer recall, came up during the Q&A.

In the hall afterwards I ran into one of the women who had attended my session, and, as she was a new mom, we got on to the topic of babies and maternity leave in Canada versus the US.

I didn’t know anything then about what having a newborn was like. I dreaded sleep deprivation (oh, how little I knew how much I should dread it) and was in awe that this new mom, her baby only six weeks old, was already back at work. After she described her new routine – sleepless nights, pumping at work, and all that fun stuff – I had to ask.

I recalled this conversation when my son was a few weeks old. I was breastfeeding and, yes, tired, but I was at home. And I had months ahead of me to bond with my baby and build that breastfeeding relationship, mostly in the privacy of my own home. I didn’t have to pump unless I wanted to try bottles. I didn’t have to deal with the angst of leaving my baby in someone else’s care. I didn’t have to attend conferences and attempt to learn something when my brain was barely functioning.

We’re lucky in Canada, I know. A year of maternity leave, especially if your employer tops up your salary even a little bit, is a gift. But I’ll be honest: for me it was really hard.

As noted in my writer interview, I had postpartum depression after my son was born. I didn’t know it though. I just thought I was angry all the time because I was so sleep deprived. My son was not quite colicky but he was really fussy, and I spent most of my time bouncing him to keep him calm. It was emotionally and physically exhausting and I started to wonder if I’d be better off going back to work.

I even tentatively approached my boss with the idea. He was open to it but pointed out that I could never get that time back. (Hmm, I thought. Do I want this time doing something that makes me feel like I’m going insane? But, in the end that truth won out – I wanted to be with my baby when he was small.)

My husband had taken four weeks of parental leave, which counted towards the 52 weeks we get in total, so I returned to work when my son was 11 months old and my husband became a stay-at-home dad. I had hoped more balance in my life would make me feel better and help me be the kind of mom I wanted to be. (It didn’t, but that’s another post.)

After all of that – being at home with my son while on maternity leave and then being a working mom – and trying to find my equilibrium in both roles, I still don’t know where that perfect balance is for me.

I’ve thought about maternity leave a lot as we ponder a second child. Maybe I would choose to go back sooner. Maybe I wouldn’t. I’m hoping next time would be a different experience – that I’d have better resources to deal with postpartum depression, and that, in the middle of the night when I feel like I can’t do it another day, I would remember that I have done it and will be able to again.

Either way, maternity leave with a second child would be a different experience because my husband is at home now. He may increase the freelance work he does, but our choice would be for him to continue being at home for the most part. It’s one of my strategies to prevent another bad bout of postpartum depression – to generally keep a 1:1 or 2:2 ratio. But, it also means we would get to do it together, and for that I’m grateful I have the choice to take that year of leave if I want it.

How much maternity leave does your country offer and how much did you take? I’d love to hear your thoughts on how it affected your experience as a new mother.

This is an original post to World Moms Blog by Robin Farr (MamaRobinJ) of Canada.  She can also be found on her blog, Farewell, Stranger.