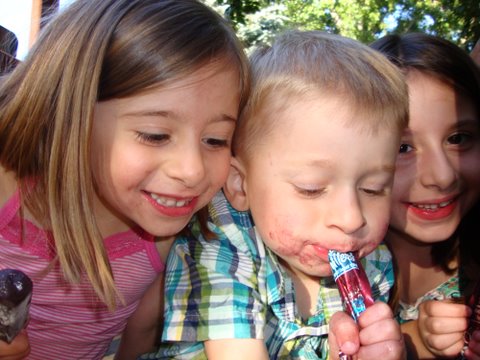 “I don’t see color. Everyone is exactly the same in my eyes.” My heart sinks at the mere thought of these words that were considered best practice when I was in the classroom.

As teachers, we discussed treating all students the same way- because it sounded right, and should have felt right. They’re all the same! I love them all! I’m equitable, dammit!

But, as I was leaving the classroom to stay at home with my children, this trend was ending. It ended because it was wrong.

Fact is, we are different. We come in varying sizes and shapes and colors and learning styles and languages and beliefs, and it’s absolutely wonderful. It’s what makes the world go round.

And the other fact is? That our children do notice differences and they’re wired to categorize their learned information into ingrained facts.

They do this no matter what.

They do it if we ignore their questions about the boy in the wheelchair or shoosh their explanation of the girl in the burka or divert their attention from the family with darker skin- they’re not listening to us.

Instead, they’re making their own immature and often uninformed categorizations of people. Categories that can lead to false assumptions, otherwise known as stereotypes. Or racism.

In my last WMB column I wrote about reasons to not overuse compliments. The running theme in the comments, on twitter, and on facebook was: You must read the book Nurture Shock!

Why? Because amongst many other topics, it broaches racism and what happens when we don’t talk about it.

By not discussing differences and their origins with our children, we’re sending strong messages; Most that we don’t mean.

Nurture Shock was already on my mind when I went to Book Club last month, and you know what? It came up there, too.

Between bites of hummus and sips of Baccardi razz, here’s what I learned from my friend Mary who had just read the book:

As Mary explained the premise, our friend Jen breathed a sigh of relief. She knew what to say to her son who was being picked on at school and developing a fear of light haired people. She could comfortably explain hair color and genetics separately from behavior and choices.

Mary’s own a-ha moment came just a few days later while reading with her son.

When looking at a photograph of a dark skinned, perfectly manicured foot with the words, “The foot is clean.” written beneath it, his response was, “That’s not a clean foot.”

She also knew that he was classifying. And without a little intervention, this could lead to negative, wrong assumptions about people of color and cleanliness.

What happened next will give you chills, I promise.

Mary realized that without learning what she had about children and how they organize information, she would have felt embarrassed and uncomfortable and wanted the conversation to just go away.

Instead, she talked to her son about skin color and pigment and regions while her heart was thumping BIG because she knew exactly how pivotal this conversation was.

So, after Jen and Mary had their first Nurture Shock moments with their children, I looked for mine. I waited and listened, eavesdropped and considered planting the dialogue.

And, just when I thought that my children truly hadn’t noticed color yet, Kayli finally mentioned a classmate’s “chocolate brown skin.” And Chloe piped in with, “just like so-and-so from school.” Ah, yes: noticing.

I could have shooshed them or told them that color doesn’t matter or that we’re all the same on the inside. But that’s not the truth now, is it? We are different. And, it’s more than okay. It’s perfection.

So, I asked if the girls knew why their friends’ skin looked different than theirs, and we talked about pigment and origin, and I breathed out because if there’s one thing that I want my children doing- it’s noticing.

And the second thing? Is discussing that noticing with me.

What do you think about the premise of noticing differences? Have you done this with your children? Will you now?

This is an original World Moms Blog post by Galit Breen. On any given day Galit can be found juggling one husband, three children, one puggle, and one lap top. Galit can be reached regularly at These Little Waves, by e-mail galitbreen@gmail.com, Twitter, and Facebook.