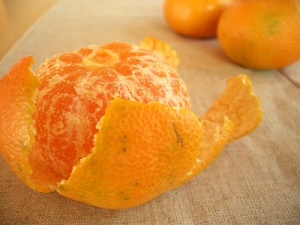 Ah, New Year’ Day, the one day out of the entire year when, I, along with all the other women in Japan, do not have to cook or do laundry.

Of course, there is more to it than that, but let’s start with what’s important, right?

Tradition dictates that dirt from the old year must not enter the new one, so the last weeks of December are spent furiously cleaning and decorating the house to please the gods of the New Year. They seem to be especially fond of mikan, a kind of orange, and mocha, sticky short grained rice that has been beaten with a mallet until it is the consistency of silly putty, and most houses offer this on the family altar.

(My in-laws are Christian so they don’t have an altar, but like most Japanese they cover all the religious bases just in case and set out the mochi and mikan on top of the TV. Seems like a logical enough place for the god’s to stop, I suppose.)

On New Year’s Eve, we eat long noodles in soup. This is supposed to bring luck in the year to come. Many people visit the shrine or temple at midnight. For the next several days, one can see a steady stream of Japanese, young and old, in fur-trimmed kimono unsteadily approaching places of worship, slowed down by the traditional flip-flop type shoes they wear. This is about the only time one sees people from so many different walks of life in their traditional finery. Kimono are reserved now mostly for highly ceremonious occasions. END_OF_DOCUMENT_TOKEN_TO_BE_REPLACED