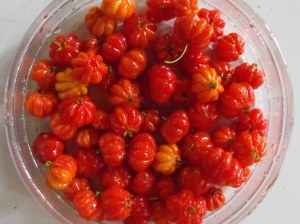 Image provided by the author.

Once, when our son was 2 ½ or so, we were having lunch at a “self-service” – a widespread type of restaurant here in Brazil where you serve yourself and pay according to how much your plate weighs. To this day I recall what was on his plate: the common Brazilian rice-and-beans duo, mashed potatoes, corn, a slice of pineapple, and an assortment of leaves and veggies.

Shortly after we started eating, a little girl sat down with her mother at the table to our right. They each had a dish with a large slice of chocolate pie covered with whipped cream. It didn’t take long for the girl – who seemed to be slightly younger than my son – to notice him and his colorful plate. END_OF_DOCUMENT_TOKEN_TO_BE_REPLACED