Preston & Julian: A Stunning Legacy Yet to Bloom

We were expecting a miracle.  We wanted her babies to live, grow up and be healthy.

She was one of our own.

We cried often. We forgave.

We watched and shared videos of babies who had defied the odds among each other.

We hoped Diana’s babies would make it, all because Diana decided to take a chance.

When you take a chance, you open the door for the possibility of defying the odds and for it going in your direction. It could have happened.

Diana Stone is a friend I had met at the BlogHer conference last year in San Diego.   END_OF_DOCUMENT_TOKEN_TO_BE_REPLACED 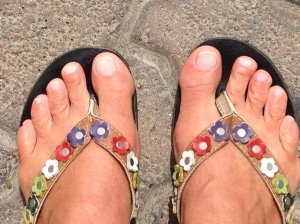 United Arab Emirates: How Much Tuition is Ten Toes? 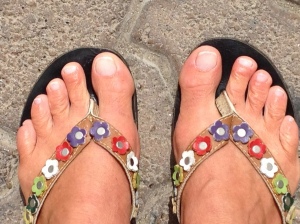 There’s a conversation that happens in expat-land that sounds a bit like what prisoners in a jail yard might say to one another:

“what brought you here?how long have you been here? when are you leaving?”

Sometimes people answer these questions with slumped shoulders and a shake of the head, which usually means that a) they’ve been here in Abu Dhabi for far too long and aren’t leaving any time soon; or b) they just got here and still haven’t figured out the basics, like getting the vegetables weighed in the produce section before they get in the checkout line.

The most cheerful answer I’ve gotten thus far to these questions has been from a woman named Janice, who is here from the Philippines.  Her good cheer surprised me because at the time of our conversation, she was energetically applying a pumice to my heels.  END_OF_DOCUMENT_TOKEN_TO_BE_REPLACED