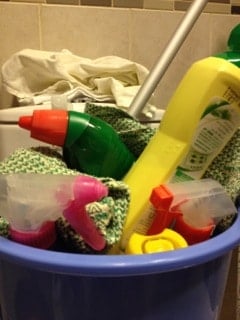 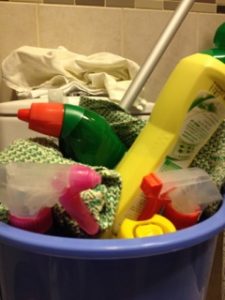 A friend came to our apartment the other day and said “Wow, your place is always so clean!”

Until we moved to Abu Dhabi, I’d never had someone clean my house. I didn’t grow up with “help,” although I imagine my mother sometimes felt like the underpaid scullery maid.  I went to a friend’s house for a holiday weekend once, in college, and when we got there, her mother said that if I needed something ironed, I should just leave it out “for the girl”. I was confused: the only other woman in the house was a middle-aged African American woman.  I wore a wrinkled shirt to the party.

All of which is to say, until  recently, I was my own domestic help.

Don’t worry, I’m not going to re-hash The Help; instead I’m writing about how strange — and dangerously seductive — it is to live suddenly in a world where “help” – and lots of it – is readily available, even to people like me, who in the scheme of things don’t make that much money.

Of course, compared to lots of other people here – like the woman who cleans my house – I make unbelievable amounts of money.  And as I’ve talked about before, my kids are starting to ask questions about who has money and who doesn’t; they want to know if our cleaning woman and her family in her home country will be all right. Sometimes they sound like little Marxists in training, god love ’em, when they talk about how unfair it is that some guys ride rickety old bikes and others zoom by in their Maseratis.

We live in a place where it’s almost assumed that someone will pick up after you: at the ginormous Ikea, for example, there are signs that explain not only how to clear your own dishes from the cafeteria tables but why.  And at the university where I teach, the dining hall staff had to be trained to  let the students pick up after themselves.

Labor here is cheap. Really cheap. Most, if not all, of the domestic workers and manual laborers are immigrants who get multi-year contracts or are sponsored by families; and mostly the government imposes regulations to make sure the immigrant population is treated humanely.  Whether these rules are always honored, or whether regulations are vigorously policed…well, ask yourself how that situation gets handled in whichever country you live in. Sometimes, most of the time, yes. And then sometimes…no.

But back to my clean apartment. My friend was right. My apartment is clean. Really clean.  Not the way I used to clean back in New York, where it was an occasional vacuum, some swabbing at toilets (a house of two boys and a husband, none of whom can aim worth a damn), maybe a swipe at the kitchen floor, but only if there were visible blobs of foreign goo on the tiles. So initially here, I started slow. A woman coming in to clean once a week.  Then…twice a week…and now? Now, my friends, she irons.  (I ignored ironing in my pre-Gulf life, but here, where I wear linen and cotton almost every day, it’s harder to do, even though I tell myself that linen is supposed to be rumpled, right?)

All this help – at home, in shops, at the mall – has started to feel…normal. I talked with a friend from here, who had also been in the States this summer and we winced at the fact that we’d each had similar reactions in a shop when we weren’t helped by a clerk right away. I mean, I’d stood at the counter for what, thirty seconds without being attended to? Appalling.

I laugh at myself, but at the same time, I’m watching my kids. They have chores to do; the tidiness (or pigsty-ness) of their room is their responsibility; they are expected to pick up after themselves.  I wonder, though, what would happen if we live here for several more years? Will they start to assume that it’s someone else’s job to deal with the dirty work?

What about you…what is the norm around hired help where you live?