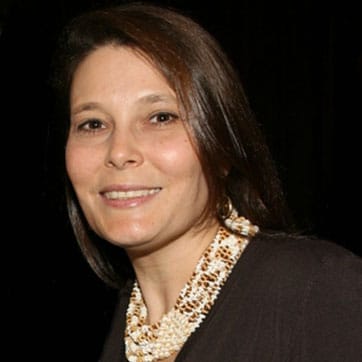 As we continue to explore the world of women and moms across the globe, occasionally World Moms Blog will bring you exclusive interviews with people outside of our contributor base. These interviews will focus on people and organizations that are moving and shaking the world and in the process, are bringing greater awareness to women everywhere. 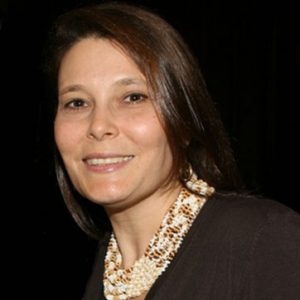 World Moms Blog Founder and Editor, Jennifer Burden, met Andi Gitow at the September Social Good Summit in New York City. Jen could tell Andi was someone that had a role worth sharing with World Moms. Below is a recap of a recent phone interview WMB Senior Editor, Kyla P’an, conducted with Andi :

WMB: World Moms Blog is a blog that focuses on motherhood around the globe, on social good, and on human rights. Can you tell us about an aspect of your work at the UN that overlaps one or any of these topics?

Andi Gitow: My work and films largely focus on human rights and the causes and long lasting legacy of violence. This includes the use of rape and sexual crimes as a weapon of war. I have covered stories on human rights violations and conflict and healing in Bosnia, Liberia, and Darfur.  Other issues we have covered include maternal health and the risks mothers face in the developing world. I have found in my coverage that human rights and women’s’ rights regularly overlap.

WMB: Can you give us an example of the type of assignments you cover for the UN media?

AG:  I often cover stories that explore the legacy of violence, often as it relates to women. One particularly challenging assignment was in Bosnia, where I was writing and directing a feature story on a mother in Bosnia and Herzegovina, who, during the war, was taken to a makeshift kind of “rape camp,” where she was held and repeatedly raped by soldiers. This tragically was typical of what regularly was occurring during the war. Wanting her story to be told, even all these years later, she courageously brought us back to the place she was held. It was a very emotional experience and she said she did it for “all the women who suffered like she did but did not have a voice.”

Another assignment took me to the Amhara region of Ethiopia where we covered the all too prevalent phenomenon of child marriage and child brides. There are some 50-million child brides world-wide; in the Amhara region, 1-in-5 girls marries before the age of 10 and nearly 40% of the girls are married before the age of 15. On top of it, there is the issue of these child brides having babies so young. Their bodies aren’t yet mature and it poses a real health risk to many of them so this story was also an issue of human rights, as many girls face the risk of maternal mortality and experiencing complications in child birth, like obstetric fistula.

WMB: What’s it like to be in the field for the UN?

AG:  Often times it’s very challenging. For many of our assignments, especially those dealing with issues of sexual violence and the legacy of conflict, you need to be as sensitive as possible. And in the instance of the Ethiopia child-bride assignment, I knew the issue was very delicate and I wanted to be sensitive to the subjects we interviewed. For many of these stories, I pull together an all-women reporting team, which can sometimes be challenging as there aren’t a lot of camerawomen. There are also the logistics challenges. We often work in very out of the way, hard to reach places. We may be dropped in a jungle by small plane then have to travel another 14 hours by jeep, as was the case for a story in the Central African Republic. Or we can walk long distances, hours on end, carrying all our gear, through mud and fields, as was the case when we were in the Amhara region in Ethiopia.

WMB: Are you a mom? And if not, did something about your childhood or how your mother raised you influence your future career decisions and pursuits?

AG: No, I’m not a mother; my career involves traveling for weeks on end, sometimes with little or no contact with the outside world. It would make it very hard to be away from a child.

I believe my desire to do this kind of work and cover these types of stories, especially those involving women and women’s’ issues, is because I had an exceptional mother. She is loving, caring and has an incredible sense of adventure. She was a stay-at-home-mom and an artist and she always instilled in me the belief that that life is precious, something worth exploring and that there was always something incredible to discover. She also raised me to believe that everyone has a story to tell, everyone’s life is worth something and that we should have empathy and compassion. I was the only daughter and was raised with two brothers. My mom always made sure I felt like I had a ‘voice’ in the house and she raised me to ensure others also had a chance to have their voices heard. I believe it is because of her that I have a sense of responsibility and a safe foundation from which to explore the world.

For examples of Andi’s work, you can click on the links below:

Bosnia: Healing the Wounds of War

The photograph in this post is credited to Alexis Gillik from the Virtue Foundation website and is used by permission from Andi Gitow.