AUSTRALIA: The Little Things That Mum Taught Me 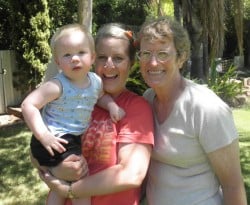 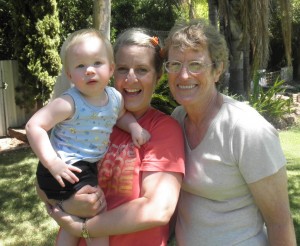 Do you ever find yourself saying things to your children and then realising that they’re your mother’s words coming from your mouth?

My mum was a big believer in making my brother and I wash the dinner dishes before going to bed.  As a teenager this drove me absolutely crazy, and when I first moved out of home I reveled in the pure freedom of leaving my dirty dishes sitting on the kitchen sink and going to bed.

Fast forward to several years ago when I was a working mum with three teenage boys, and ‘dishes before bed’ became my mantra – they don’t like it any more than I used to, but their time will come.

What about the advice that it’s disrespectful to be late when you’re expected somewhere at a specific time; be it work, dinner, or even a party. I could never see the problem, I figured that at least we turned up, so better late than never. I had no idea why my mum was so strict on us being on time.

Now when we go to family dinners, I’m frustrated by my brother in-law and his wife who are always late. It drives me crazy and I hear myself reminding my boys that it’s “disrespectful to be late” while we’re sitting in a restaurant waiting for them to turn up.

There’s so many little things that my mother taught me;

My mum wasn’t perfect – none of us are, but probably the greatest thing she ever taught me was that I could do anything I put my mind to – she taught me to believe in the impossible. I hope that my boys appreciate the little lessons on life as much as I appreciated mine. I know I smile when my mum’s words slip from my lips.

What was the best thing your mum taught you?

This is an original World Moms Blog post by Inspiration to Dream of Adelaide, South Australia. Fiona can be found writing or reading in every spare moment that isn’t filled up with work, her three boys, her gorgeous grandson and of course with a bit of spare time thrown in for hubby as well.