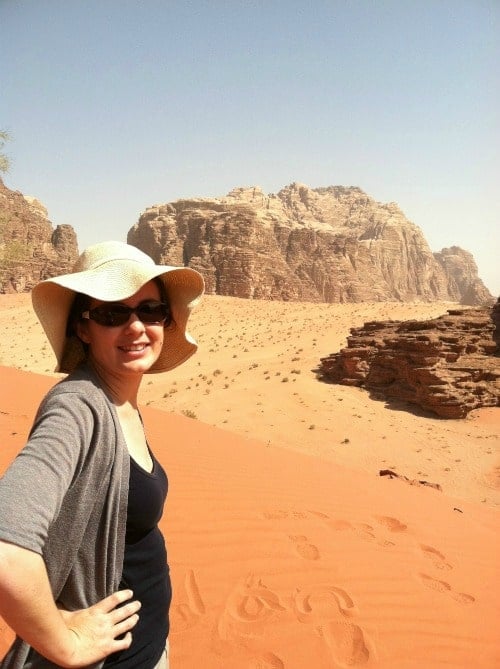 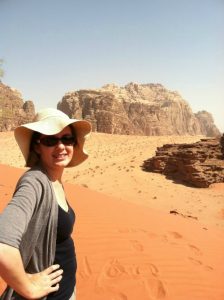 Having lived in Morocco for almost a year, I thought I knew how to strike the proper balance….somewhere between my usual, US appropriate signature style and a more modest décolletage that I felt was an appropriate concession to my host country’s social norms.
This balance was clearly off-kilter for Jordan.  My ensembles were getting more attention from the male Jordanian population than a Britney Spears get up.  Given that I have been a little sensitive about my dwindling cup size since giving up nursing my son, I was momentarily flattered….before being sincerely uncomfortable and confused.
I knew in theory that one country in the Middle East or North Africa would not necessarily adhere to the same standards of dress for women as the next, just as various areas or social classes within Morocco dressed worlds apart.
This variety has always been interesting to me. When my husband took a recent trip to Saudi Arabia, I lobbied to come along…for no other reason than a morbid desire to spend a week, where I would have no choice but to be fully clad in black.  I was intensely curious about what that would be like.  There at least there would be no grey area.

But clearly outside of the grey area in Jordan, hearing whistles and seeing the stares, I had the feeling I was being disrespected…as well as perhaps, being disrespectful.

What more did I have to do? I had added a cardigan or shawl to my long dresses…worn long pants in spite of the heat.  To what degree was it my obligation to adapt?  Back in Morocco, an American acquaintance was known for her resolute refusal to adapt her wardrobe to Moroccan standards. Her choice got her into several pickles and earned her few friends. I myself felt it unreasonable of her to refuse even the smallest lengthening of her hem or lifting of her neckline.  Conforming to the local standard was was the right and diplomatic thing to do I thought.
But at what point does due respect become concession?  When does onus shift from me and my choice of dress to them – the men who look and who choose to comment. Recently, an Egyptian TV personality (male) took on the challenge to be dressed as a woman and spend a day walking around Cairo.  Even dressed conservatively and wearing a hijab, the harassment surprised and disturbed him.
So, does it follow that complete coverage – the Saudi model – is the only solution? Or is  keeping it all under wraps the easy way out?
To what degree do you adapt your wardrobe to your adopted country or home counties demands and how far would be too far?
This is an original post to World Moms Blog by our contributor, Natalia Rankine-Galloway, who writes at The Culture Mum Chronicles.  She is now writing from the U.S. Embassy in Morocco.
Photo credit to the author.