DEMOCRATIC REPUBLIC OF CONGO: What Sick Means to Me Is Not What It Means to You 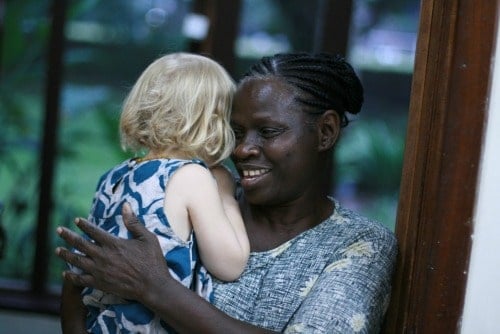 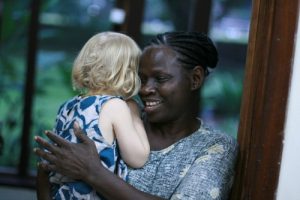 Malaria has been in the news this week.  Or, rather, the antimalarial medication mefloquine has been getting a lot of attention.  The FDA recently issued a black box warning on this old standard for soldiers, vacationers, and expats in faraway, mosquito-infested lands.  Faraway lands like the Congo, where I live with my husband and two small children.

For us, malaria is always on our minds.  We think about the disease as we spray on our daily layer of chemicals in the morning, shun outside games at dusk, and gaze through the gauze of the nets above our beds just before closing our eyes at night.  My son was even an Anopheles mosquito for Halloween one year.  Malaria is that scary—and also that normal—for our family.

Some months ago, my daughter Loulou was sick.  There was a barrage of midnight vomit and fever.  She looked puny by morning and all the nannies on the campus where we live gathered around her, clucking and worrying.  Meanwhile, I was tired but unconcerned.  She was still my feisty Lou, demanding de l’eau and giving her big brother, Elias, a hard time.  I, the seasoned nurse-mom, figured, “Ah, well.  Disgusting virus.  I hope this is just a 24 hour deal.”

By afternoon, my girl was sweet-talking rice from Mama Vida and chasing the cat.  All was well.  But everywhere I went, my Congolese coworkers, members of the atelier (the maintenance staff on campus), the nannies, everyone kept asking and re-asking if Lou was okay.  “La petite est mieux?” they asked, over and over.  How did they even know my baby was sick?  It was no big deal, only a little virus.

Suddenly, I realized clearly why they were so worried.  Babies die in the Congo.  All of the time.  Our respective, visceral understandings of what it means to be “sick” are incredibly different.

When a baby is sick here, they very well may die.  Death is likely, in fact.  In the general population of the Democratic Republic of Congo, 1 in every 7 children die before reaching the age of five.  In this country where we live our comfortable expat lives, fever, vomiting, and diarrhea are the constellation of deadly symptoms for children.  Is it malaria, typhoid, dysentery?   It could be one, or all three.

At our house we have trusty, home-test kits and our kids have reluctantly accepted that a fever equals a finger-stick.  We bribe, cajole, and sometimes restrain them.  (It’s difficult to be reasonable when it’s the wee hours of the morning, you are three years old, feverish, and your mother is coming at your with a needle!)  Yet we test because it always could be malaria. For Loulou—that time, and every time so far—the test was negative.  No malaria.

The day after, Mama NouNou stopped by our house, to put her hands on Lou’s head, check for fever, make sure she was eating and drinking.  Mama Vida gravely reassured everyone, “She is eating.  She is eating rice.  She is laughing.  She is okay.”

Watching this scene, it was I who began to feel sick, because while I was relieved that my daughter and I were no longer “suffering” through a vomit-filled night, they were relieved my child was alive.

What worries you most when you child falls ill in your part of the world? Can you safely assume your access to medical care will address most of your worries?