EGYPT: When I Forgot that My Elder Son Is Still a Child 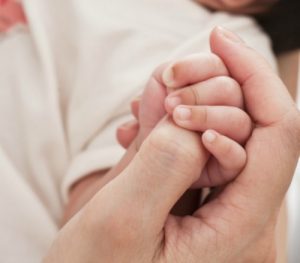 I mentioned in previous posts how I am madly in love with my children and how  I take care to express my love to my children.  I even wrote about different love languages to express our love to our kids.  I was always crazy about children, especially babies and toddlers.  However, a little while ago, I had a wrong belief that once they go to school they are not that tender and young, and this belief was the cause of depriving me of enjoying many beautiful years of my elder son’s childhood.

My elder son was six years old when I gave birth to his younger brother. Of course, all my attention was shifted to the newborn baby, and  as he was rarely sleeping at night, I was extremely exhausted, impatient  and nervous. It took me a whole month to realize that my elder son had became such a low priority in my life. Taking care of the newborn baby, the house works and all these details brought my elder son to the background of my life. All I was taking care of  was sending him to school and lettin him do the homework, and I totally neglected his emotional needs as a child.

He was my first priority and then suddenly he found himself at the end of my priority list, which negatively affected him and our relationship. He was trying to grab my attention in different ways even by misbehaving, but of course I was punishing him and didn’t realize that he was missing me and our relationship. I was going through a tough time with a family, a newborn baby, a full-time job and a problematic relationship.  It was more than I could deal with.  I admit now that seeing my eldest son this way was wrong, but I wasn’t aware of it at the time.

It took me almost two years to start looking for counseling to understand why my relationship with my elder son was worsening. I thought he was big enough to take care of himself as I was comparing him to his younger brother who was still a baby and needed more attention. With the counselor, I found out what mistakes I was making and it helped me a lot to improve our relationship.

My older son is sixteen years old now, and we have a great relationship. His brother is almost ten years old. However, until now, I hadn’t felt that my younger son was big enough to take care of himself, the way I thought with his elder brother at the same age. Until now, I feel he is my lovely child, and I love taking good care of him as I did for ten years.

When I look at the photos from when my elder son was ten or eleven years old, I realize that he was still a child even though I had thought of him as “big enough” to do things on his own.

At that moment I often feel two negative feelings. Sometimes I feel regretful because due to lack of awareness I lost four lovely years of my son’s childhood that I could have enjoyed even more. Other times I feel I was unfair to him because I didn’t give him the attention and care he needed at that age. I remember that he was always mentioning that we didn’t love him as much as his brother, that he was not beautiful as his brother and that nobody cared about him.

But I always repeated to him that it was normal for people to care for babies more than for older children and that when he was young himself, the whole family cared for, pampered and loved him just as they do with his brother. I was telling him that he would see when his brother grows up how this attention and care would shift to other babies in the family.

This experience comes to my mind every now and then, and I wonder when I will feel that my younger son is “big enough.”  Will I ever? Will I keep feeling that he is still young and needs care as he is the youngest?

Many women in my community have this feeling for their younger child. They never feel that their child has grown up until they get another one to take care of and hence the younger stay young for a long long time.

Have you been in a similar situation? When did you feel that your child has grown up and is not a child anymore? Does it have any relation to the culture or is it just mother’s feelings?