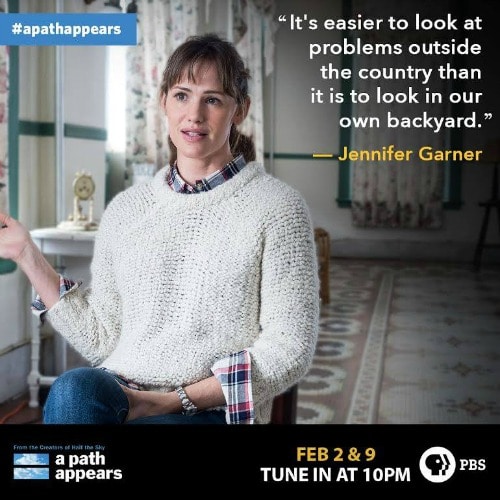 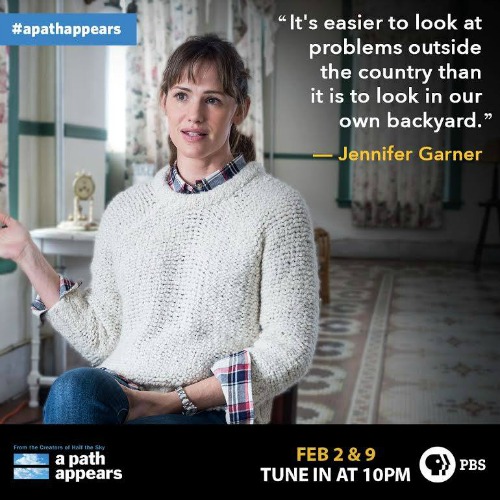 Can the Poverty Cycle Be Broken?

The Super Bowl, an American Football Championship took place last night in Phoenix, AZ in the USA. The NFL, the organization that controls the league, has been under attack for their disappointing responses when it comes to violence against women and their players. Even further, if you tuned into part one of “A Path Appears” last week you may have seen the part when journalist Nick Kristof took viewers on a Super Bowl sting, where they caught over 70 “Johns” who were soliciting sex from women around the big game in a set-up. The three-part series is covering important topics such as human trafficking, early childhood intervention and the importance of educating girls around the globe.

Tonight, February 2nd, 2015, the 2nd part of the television series based on the book by Nick Kristof and Sheryl WuDunn appears on PBS at 10pm EST (check local listings — it may be different where you live).

Part two focuses on the latest research that points to the importance of early child intervention in children, especially those under two years old.  In order to get to children in poverty, effective programs must create a relationship with their mothers and teach them how to be nurturing parents. And books! These programs are geared to teach the parents the importance of reading to their children, or of just making up stories to the pictures.  This type of intervention helps create children who are excited about school and feel secure later on.

In order to reach the mothers, nurses or influential people in the local communities must be empowered to support local mothers by demonstrating nurturing parenting skills and sharing age appropriate books.  Regular check-ins help moms stay on track and ask questions. These types of programs help to break the poverty cycle and give children a better chance in school.

The problem? The programs are underfunded.

Save the Children has, in fact, piloted these programs with success.  And the organization has made it possible for the sponsorship of individual children requiring early intervention in the United States. $30 or more a month will help assure that a child and mother will get the support they need to help beat the odds of poverty and break parenting cycles that may be more harmful than helpful to a child’s future.

As I continue to read the book, “A Path Appears”, (which I received at the Americares Airlift and at the AYA Summit) and watch the three-part television series, I’m learning that there are solutions to ending trafficking, to breaking poverty cycles. And the more people who trample on the same direction in the grass towards solutions, the paths begin to appear. Join us live on twitter tonight with hashtag #APathAppears.

Miss Part I? Depending on your geographic area, you may be able to watch the first part of the series online here: http://video.pbs.org/video/2365387809/.

World Moms Blog attended the premier of A Path Appears in January in NYC. Read all about it!

Just in case you missed it — our interview with Jennifer Garner about her work with Save the Children.

To sponsor a child’s early education in the US or abroad head over to Save the Children!

Photo credits to A Path Appears.

Disclosure: World Moms Blog was invited to the premier of A Path Appears in NYC by Save the Children. Author received copies of the book, “A Path Appears”,  from the non profit organizations, Americares and ONE.org.