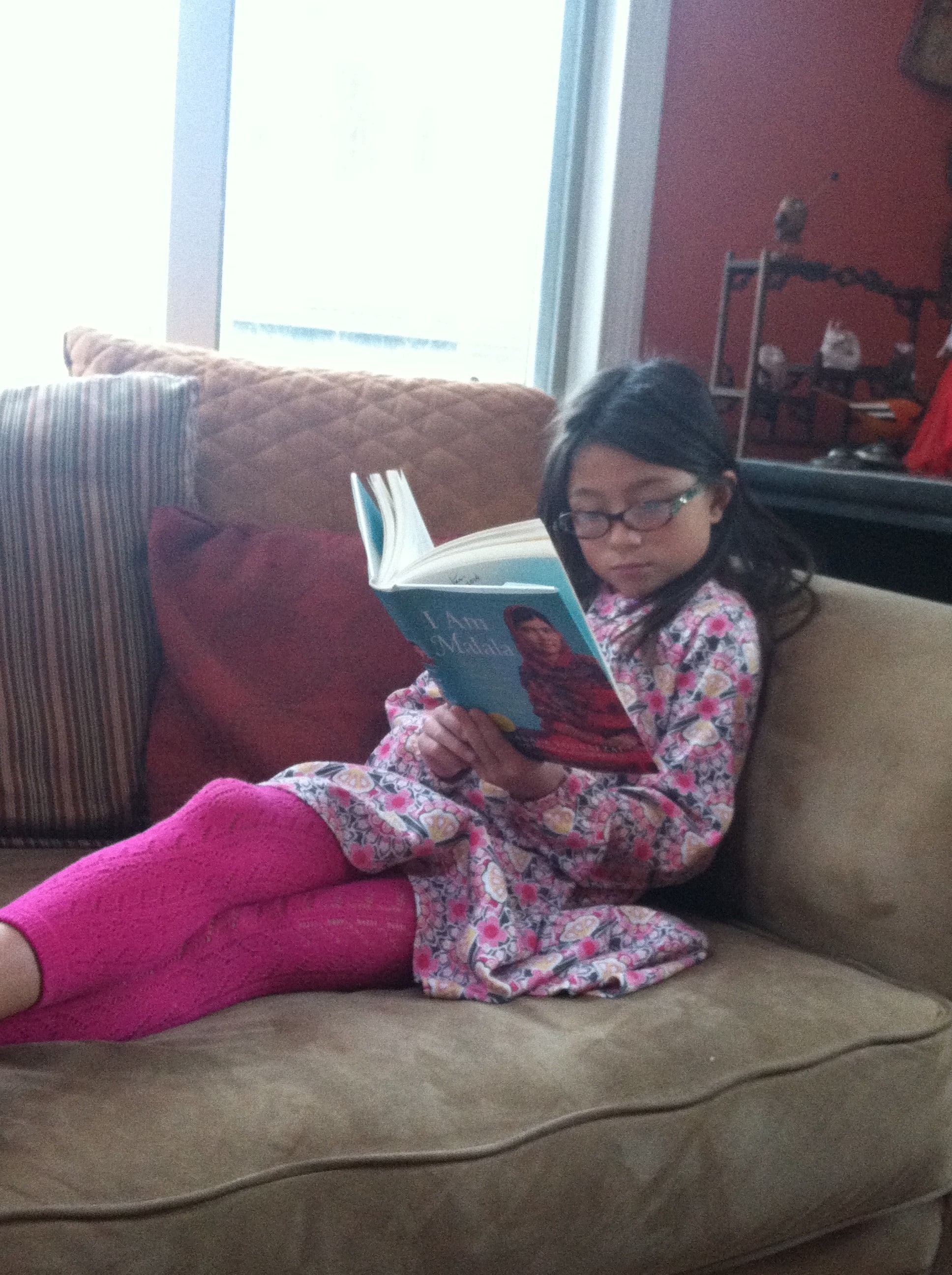 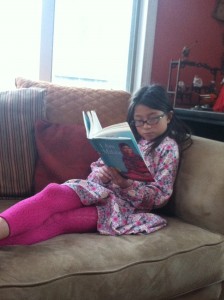 I have long been an advocate of girls education. It is something I want every girl, wherever she is in the world, to have access to. I deeply believe educating girls is a major proponent in our quest to improve the world.

So when my daughter was born eight years ago, I committed myself to ensuring that she would always have the access to and support she needs in attaining the best education my husband and I can give her.

But along with the paramount importance her education is to me, so too is her understanding of how valuable having an education is and how lucky she is to have safe schools and multiple options available to her.

But how do you impart this to an eight-year-old?

Like the majority of other eight-year-olds in the US, my daughter takes it for granted that she attends school five-days-a-week, Monday through Friday. But she also attends school on Sunday, when she goes to Chinese School. And this she does not take for granted, instead she long viewed it as a hindrance to her free-time. Because, though she only spends 90-minutes a week at Chinese school, its homework load and test schedule far exceed that of her American school, where she spends more than 30-hours-a-week.

Whenever my daughter complains about the work load or Chinese school conflicting with social events, I find myself saying:

You have NO idea how lucky you are to have more than one school to attend.

But until recently, this was a phrase delivered with little impact. That is, until my  daughter started reading her latest book: I Am Malala, by Malala Yousafzai.

She received the book for Christmas, along with A Long Walk to Water, from her aunt. When she opened the gift, I was thrilled because, though I love Harry Potter and Percy Jackson, here were some stories that really mattered; finally, some glimpses into a REAL world, just one my child did not yet know.

I hoped, desperately, that she’d want to read these stories.

I was in luck.

Almost as soon as she picked up I Am Malala, she had trouble putting it down. It was filled with concepts she had trouble getting her head around: like the idea that a person could board Malala’s “school bus” with the intent to kill her or that having access to school was a privilege.

It had her asking all kinds of questions: about hardships and hurdles girls in other parts of the world have to face in order to get an education; about what it means to be a top student; about what sorts of sacrifices students (and their families) have to make in pursuit of education.

Reading Malala’s story is opening my daughter’s eyes to the opportunities and freedoms she takes for granted and it is giving her a deeper gratitude for what she has.

I don’t want my young children to worry about the injustices and evil out in the world but I do want them to understand better the many blessings they have and that not everyone has the same access to these opportunities.

Tomorrow, here in the US, our Public Broadcasting Service (PBS) will air the third and final episode of #APathAppears. In January, when World Moms Blog Founder, Jennifer Burden, World Voice Editor, Elizabeth Atalay and I attended the pre-screening of this series in New York, by invitation of @SaveTheChildren, it was episode 3 that resonated most with me.

The episode highlights Kibera, the largest slum in Kenya. But rather than showing us the desperate side of life in the slum, viewers (and readers of the eponymous book before) are introduced to Kennedy Odede and his wife Jessica and the organization they have built, Shining Hope for Communities(SHOFCO).

Like me, and so many others, SHOFCO knows that the pathway to hope is guided by educating girls. Authors Nicholas Kristoff and Sheryl WuDunn remind us that, if enough people walk in the direction of hope, ultimately A Path Appears.

You can watch the PBS series, A Path Appears online, by clicking here. Or read the book of the same title by husband and wife journalists @NickKristoff and Sheryl @WuDunn.

This is an original post to World Moms Blog by Sr. Editor and mother of two in Massachusetts, USA, Kyla P’an.