GREECE: Jak And The Treehouse 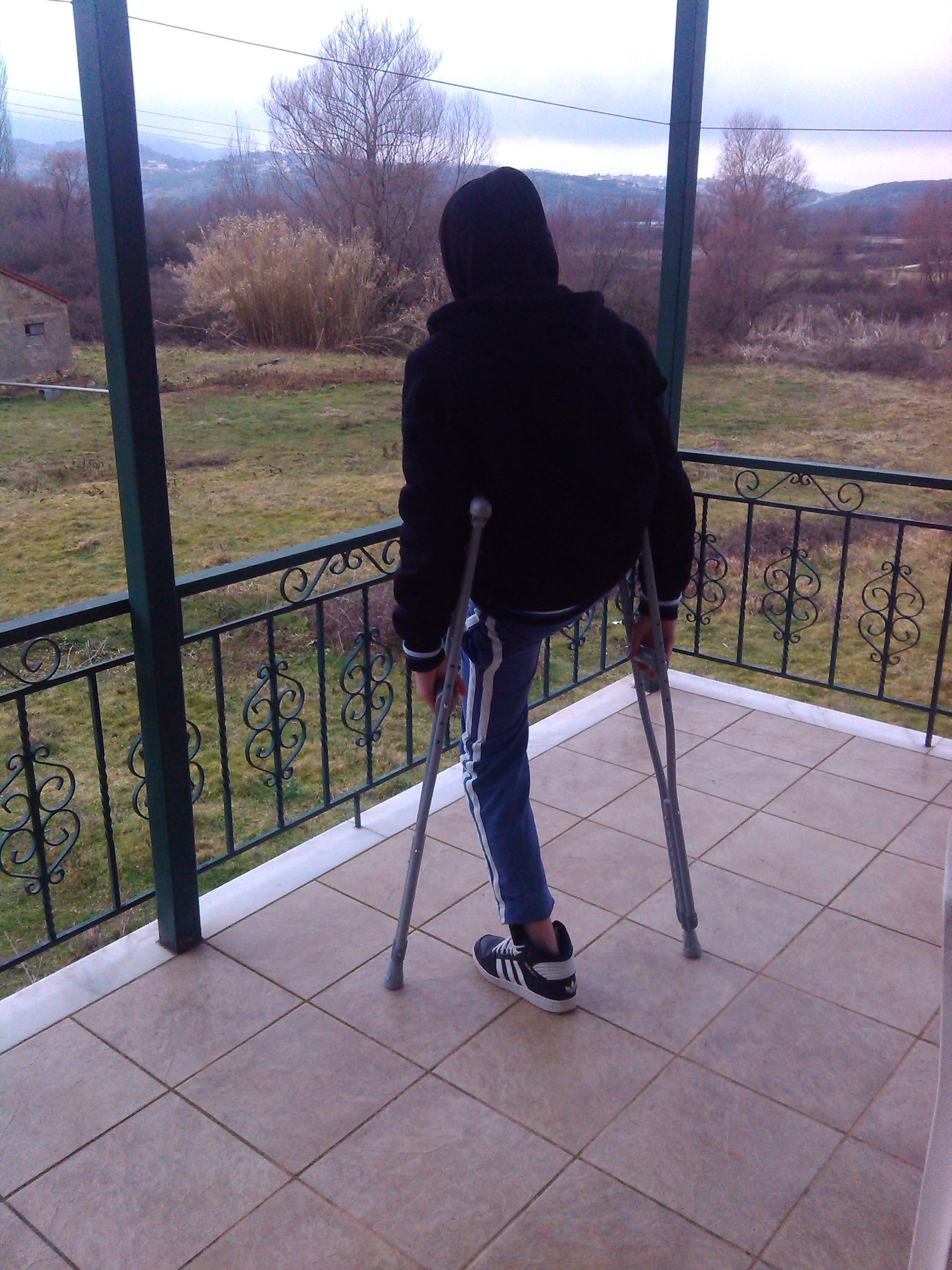 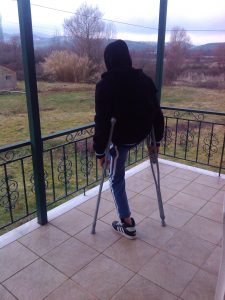 Recently, I was talking to my two teenage sons about the characters from books they loved most when they were in primary school. I was confused when they told me one of their favorites was One Legged Little Jak who lived in OUR tree house just behind the stable…

What book was that? Someone had written a book about a special needs child living on our property?

The void in my mind must have been reflected on my blank face because Peter patiently reminded me that I used to tell them a bedtime story every night for months when they were about 6 and 7 years old.

The hero of our nightly tale was One Legged Jak, the ghost of a little Turkish boy who had passed away on our land hundreds of years earlier during a famine.

Some of you may find this rather macabre and inappropriate for small children to hear as a bedtime story. But as memories of Jak and his adventures started flashing like fireworks in my head, I remembered what a wonderful teaching/learning tool Jak and his adventures had been when my boys were little. During their adventures with Jak, my kids dealt with bullies, thieves and mad goats, battled with over demanding parents and survived gale force winds and floods! As it all came back to me, I recalled that Jak had been a specific creation with a threefold purpose.

The first goal was for my boys to overcome their childhood fear of night time ghosts and ghouls by providing them with their own personal spirit-buddy. They loved Jak from the very first chapter! Within 2 weeks of “meeting” Jak they could sleep without the light on as they believed nothing spooky or scary would mess with their spirit friend! They felt as if Jak would look out for them and protect them from anything bad. I’d explain to my boys that just because something was different from them, that certainly didn’t mean it was negative. Quite the contrary! Just look at Jak!

The second goal was to show that accidents and physical deformity can happen at any time and to anyone.

I didn’t want my kids growing up with a biased attitude towards people with special needs but to be as kind and considerate as they were with their own family members.

My children’s Greek gran and grandpa both have serious disabilities. Grandpa had lost one of his eyes and partial sight from the other in a childhood accident. Grandma was born with malformed legs and can walk only with the aid of crutches. Jak had only one leg and used crutches, too. When my boys were on their “adventures” with Jak, part of our story time included an interactive discussion when they had to find creative ways to use Jak’s wooden leg to their advantage. Some suggestions included using his crutches to cross a flooded stream and unscrewing his wooden leg to fight off an attack from a deranged goat! Well, my point was that you should always try to make something positive out of something bad. Even now, Matthew (my 13 year old) often borrows his grandmas crutches to help herd the flock of sheep on our family farm!

The third goal was to encourage my boys to “hang out” with a buddy from a different culture who spoke and behaved differently from them. I chose a Turkish background for several reasons. Firstly, only 1 generation ago our village was known as Turkish Bratva. In recent decades it’s been given the Greek name of Harokopi. Secondly, there is still a lot of tension between the Greeks and Turkish in this part of Greece, especially among the older generations. I definitely did not want my children to believe the racist ideas of some so-called educated Greeks.

Just before I started the saga of Jak and his adventures, one of my German friends told me one of the most shocking things I’d heard about a Greek educator. Her daughter’s 1st grade teacher would tell her pupils that Turkish people were bad and ate children at the drop of a hat!  She was horrified when her daughter started having night terrors, convinced that one of their Turkish friends would sneak into the house at night and gobble her up! When the parents discovered that the teacher had told the whole class this terrible thing, they invited her to their home for a friendly confrontation. They didn’t want to go to school and involve the headmistress straight away as this teacher in all other areas seemed to be doing a commendable job. There was also the possibility that their daughter had gotten hold of the wrong end of the stick and confused a fairy tale with part of a history lesson.

My friend told me later that the teacher was a descendant of Greeks who had lived in Asia Minor but had been violently expelled from Smyrna by Turks several generations earlier. Her great grandparents and their surviving relatives had barely escaped the bloodbath alive. As a result, the stories of her grandparents had been told to each generation and she had been brought up hating Turkish people.

There was a big possibility that my children would also have this teacher or have contact at some point in their lives with someone from a similar background. There was no question that Jak HAD to be a loveable Turkish rogue who would protect Peter and Matthew from all evil!!!

So that’s how and why Jak was born. How could I have filed him away and misplaced him the last few years when he was a nightly visitor for so long? In retrospect, I think that as my husband was in a special needs school around that time and often took our boys with him on visits, I believed that real interaction with unique personalities was even more beneficial than with the imaginary Jak. That doesn’t mean that Jak will be forgotten, though.

Do you tell your children stories to help them cope with childhood fears?