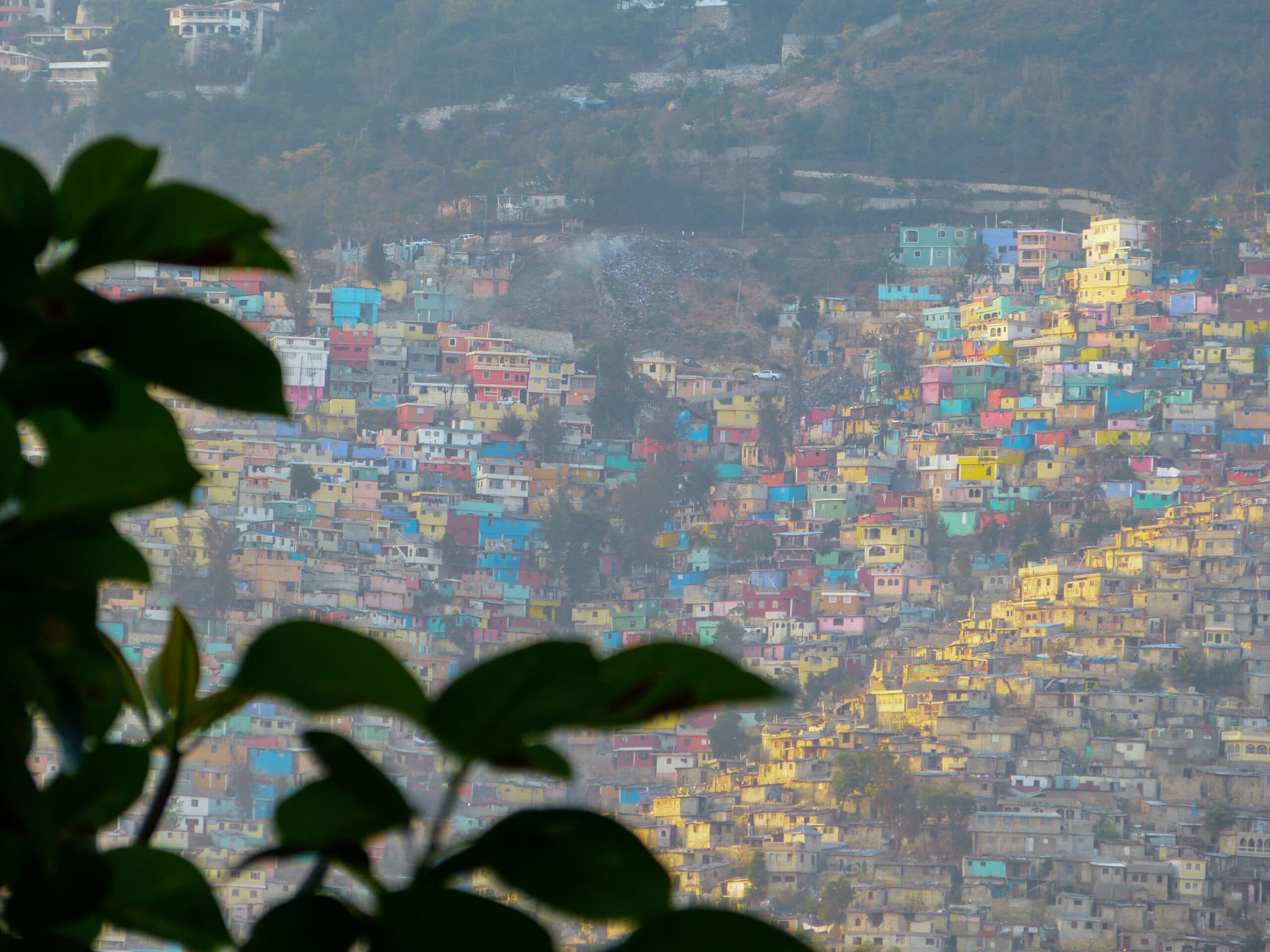 As a global advocate and traveler, I have always wanted to visit Haiti and little did I know I would soon find myself there as part of the Macy’s Heart of Haiti program (#Bloggers4Haiti), an initiative to bring the artisan’s work to market in the US, and offer a sustainable income for the survivors of Haiti’s catastrophic earthquake five years ago. A small group of us landed in Port au Prince the Thursday before Valentine’s Day and the start of Haiti’s Carnival. I honestly had mixed emotions about what to expect.

The weeks before my departure the news from Haiti was more or less the same. Protesting, political instability, and the usual ongoing extreme poverty that gives Haiti a bad name. Being the poorest nation in the western hemisphere is not a status any country desires. Decades of political fighting, instability, foreign meddling, natural disasters, and poverty has left the country in shambles after the devastating earthquake a little over five years ago.

Reading all the terrible news that never seemed to shred a ray of light on Haiti obviously worried me. I honestly had no idea what to expect when I signed on for my trip with Macy’s Heart of Haiti program where I would spend five days in Port-au-Prince and Jacmel learning about the amazing partnership between America’s largest department store chain and Haitian artists. Would it be safe? was always my number one question as I finished reading the pages of Paul Farmer’s harrowing true story of the aftermath of the earthquake. Would I feel threatened? was another alarming fear I had in the back of my mind when I heard about the recent rioting and protests over the government and fuel prices. Lastly,  Would it be depressing? I wondered as I pictured enormous squalid tent communities, slums and rubble.

How would Haiti truly be?

For me, that is the answer I wanted to find out. Whether “Hay-iti” or “the mountains place” as it was named after the long gone Taino people, was the frightening, poverty-stricken desperate place I’d read about over and over again in the media or was it a place of beauty, resilience and strength. 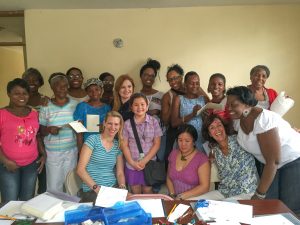 Our group meeting with the amazing women of OFEDA, all earthquake survivors.

As we landed in Haiti’s rebuilt airport in Port-au-Prince, I had just turned the last page of the powerful book “The Big Truck that Went By” by Jonathan Katz. Katz is a journalist who was based in Haiti during the earthquake and stayed on afterwards to document the enormous missed opportunity of governments and aid groups to help truly rebuild Haiti.

Despite the billions of dollars sent in aid money, Katz pointedly argues that Haiti is no better off than it was before the quake that killed over an estimated 220,000 people. Much of the promised aid money was never delivered, while Haitians scramble to rebuild, create jobs, and repair the horrendous lack of infrastructure that lead to such devastation in the first place. Five year later, running water and electricity remain a luxury to the lucky few. Haitians continue to leave the countryside and come to overcrowded Port-au-Prince to live in one of the many growing slums. Tent communities, although reduced in numbers, still exist. Medical care and treatment remain overwhelmed. And deforestation that makes the rains sweep away cities during the rainy season, destroying thousands of homes and killing people in its path, continues.

But “Dèyè mòn gen mòn”…a famous Haitian proverb that means “beyond the mountains, there are mountains”. 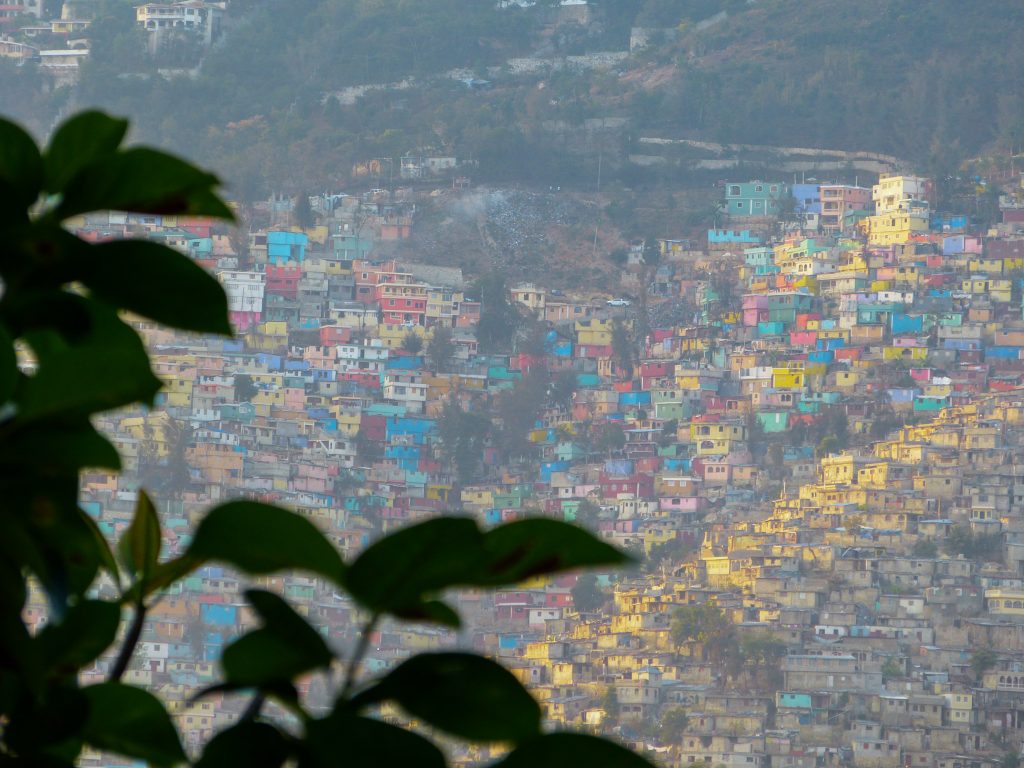 The “gingerbread” homes that rise up in the slums above Port au Prince, Haiti.

Haiti has a long way to go in rebuilding and ensuring that another devastation won’t destroy the progress that has been made. Haiti needs a stronger economy providing sustainable jobs.

Haiti needs better infrastructure on every level. Haiti needs investment in education, health care, water and sanitation, electricity, and transportation. Haiti needs political stability and a government that works for its people. And Haiti needs us to not forget her.

The mountains remaining are enormous and often seem almost impossible to pass. Yet the one thing that I learned after five days in Haiti is that the people are some of the strongest people on earth. They have witnessed so much hardship for centuries yet they persevere. Their strength and resilience is astonishing.

This is an original post written for World Moms Blog by Nicole Melancon of Third Eye Mom.