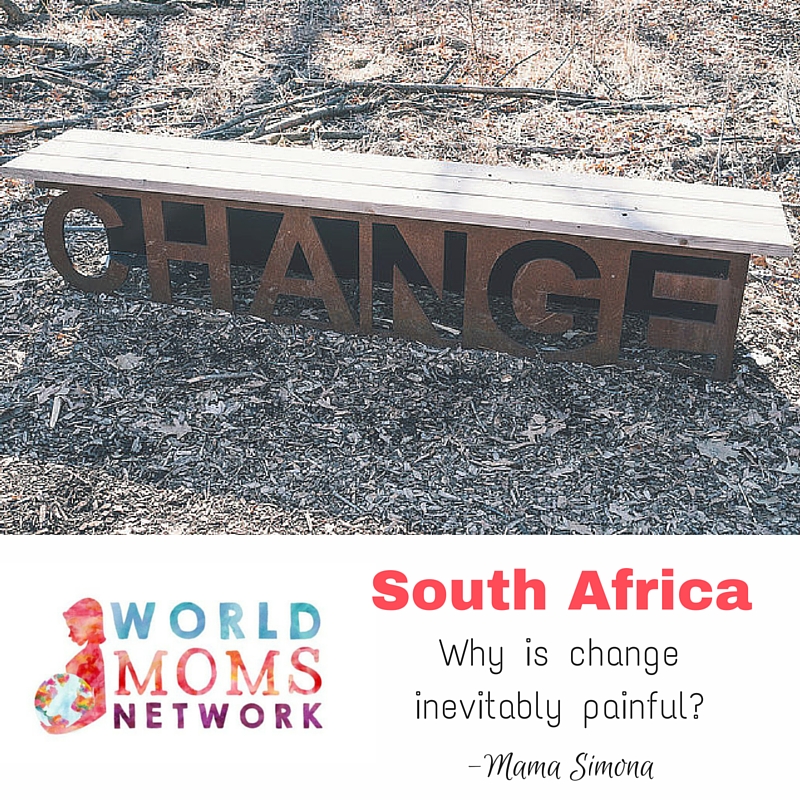 Change is painful. The myriad of cliches, affirmations, memes and inspirational quotes on this subject are testament that this is a widespread problem. No one knows this better than us mothers. From the moment of conception, change happens at an incredibly fast pace. Our babies go from helpless newborns to defiant toddlers in the blink of an eye. Blink again and they’ve left home to start families of their own!

Not only do our offspring change, but we do as well. At every stage we must adapt to new demands. I’m not the only mom who actually wanted her child to grow, change and reach milestones as soon as possible. What I wasn’t prepared for was the sense of loss that accompanied each change. In a strange way, it was as if I was mourning the baby that had been replaced by the toddler, the toddler replaced by the child, and so on.

My son is now 23 years old. Two years ago he moved away from home to live abroad with his girlfriend (now wife!) and her family in Germany. Thanks to Skype, we still talk often, but this change has been the toughest one for me so far. As grateful as I am for my in-laws’ generosity in giving my son the opportunity to live and study in Germany, I can’t help feeling sad that my son is now more part of their family than ours. Also, I’ve had to come to terms with the idea of not living close to (eventual) grandchildren.

Don’t get me wrong, as a mother, all I truly care about is that my son is healthy and happy (which he is). This has been a very positive change for him, and I am incredibly proud of the awesome young man he has become. I’m the one who wasn’t quite ready for this change, even though, objectively, I know it’s the best thing for him.

This change from mother to mother-in-law really is my most challenging change so far. I have a new understanding for what my late mother-in-law must have felt when my husband told her he was going to stay in Cape Town with me, instead of moving to Durban with them. Whether in a different city or on a different continent, the result is the same – it’s simply impossible to be present in the lives of your child and possible grandchildren.

It took my mother-in-law over 20 years to accept me, and I suffered a lot in that time. I vowed to never put my daughter-in-law through what I went through. Yet, if I’m being scrupulously honest, there’s a little part of me that resents the fact that my son has moved to a different continent, and that he was willing to learn German, but I never managed to get him to learn Italian, my own mother tongue.

Change is as inevitable as death and taxes. It is counter-productive to strive to keep things the way they are. It is much better to embrace each change as a new adventure. The problem is that I’ve never been adventurous!

How do you deal with the stress caused by changes in your life? Do you have any advice for me, to help me overcome my resentment?