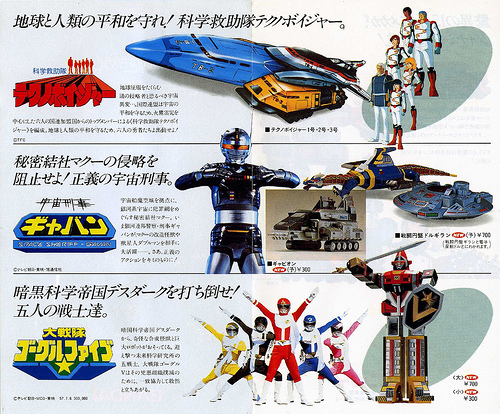 Toy magazines are popping up in the mail almost everyday. As soon as my youngest son learns that a new one has arrived, he goes through every page so diligently, devouring detail upon detail. When he finally returns them to the pile at the corner of my kitchen, his fingerprints are on every page.  The important pages are bent, and some items are marked. It’s plain to see that the holidays are coming soon….

And, I am looking forward to them. Maybe it’s because my children are going to be off from school—I can sleep in with them. Or maybe it’s because I am still new to the whole beautiful idea of the holidays in the United States.

Growing up in Japan, I did not celebrate Christmas as a child. Though my family is Catholic, and we always attended mass on the night of Christmas Eve, there was no family feast or exhilarating exchanging of gifts. Besides, school was still open on the morning of Christmas Eve. It wasn’t that surprising, considering we would go to school six days a week in Japan.

My very first Christmas in this country goes back a while. My husband—who was, at the time, my boyfriend—invited me to spend the holidays with his family. Under the pressure of meeting his six other siblings, their families and dozens of cousins, I can barely recall how my first Christmas dinner tasted.

The best part about Christmas, to me, is watching my children open their gifts. The twinkling light in their eyes, the cry of joy and laughter and the love that I feel watching them is unlike any other feeling I know of.

However, I’ve always found it particularly hard to describe Santa Claus to my children. Santa Claus was truly foreign to me until I moved here, and I feel almost uncomfortable describing something I never grew up with. All the same, I believe Santa Claus is a beautiful notion.

I once came across an article entitled, “Yes, Virginia, there is a Santa Claus.” (It was first published in the NY Sun in the year of 1897.) Though I was not 8 years old at the time that I read it — I was actually a high school student back in Japan — I still envied Virginia. How lucky she was to be receiving gifts from Santa Claus!

But at the same time, I snickered at the thought of grown ups making up stories and convincing children to believe in Santa Claus. The spirit of Christmas, that spirit of giving, was not something that was natural, nor familiar to me. But with each year that I experienced an American Christmas, I grew with my children. I began to detail Santa more and more intricately and would become almost as anxious for the holidays as my children did.

Today, I delight myself, once Thanksgiving is over, in knowing that one of the greatest times of the year is only weeks away. I love watching all the movies of Santa Claus with my children, especially the classics such as “ Santa Claus is Coming to Town” to “A Year Without a Santa Claus.” In fact, I’ve made it a family tradition to watch them at the beginning of December, which is right around the corner.

In addition, I begin to stock up my pantry with what is still considered by me as unusual holiday food, hang wreaths and wait for my children to make their lists (which, of course, is no problem for them). The only thing I don’t particularly want during Christmastime is snow, but maybe that’s just the southern Japanese in me.

So, with very little exposure to Christmas and all other major holidays, here, in America, I started my family’s holiday traditions. Tradition, in essence, is inheriting one’s way of celebrating and passing the customs down from generation to generation.  But with little knowledge of these festivities in the U.S., I decided it might be best to leave the tree decorating to my husband. So, I did.

And, I continued to follow his lead until I was comfortable with the whole holiday concept. Now, with American Christmas traditions instilled in my brain, I can’t wait to see my children pass them on. Do I miss Japanese holidays? Yes, but in the end, creating my own family traditions is more fulfilling to me.

Have you created any new holiday traditions for your family?  If so, please share them with World Moms Blog in the comments section below!

This is an original World Moms Blog post by Sunny Springer, our American, Japan-born writer, who is raising her family in New Jersey, USA.

Photo credit of picture of Japanese toy catalogue to http://www.flickr.com/photos/ozzywu1974/881879148/.  This photo has a Creative Commons Attribution license.