To Snip or Not to Snip…Oh Boy, What a Question 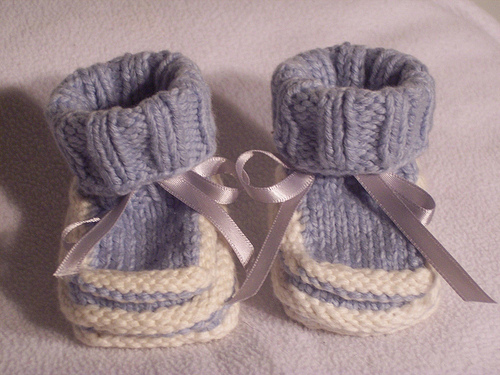 Five and a half years ago, my husband and I found out we were pregnant with our first child, and we were ecstatic. There was so much planning to do. We had to decide on a name for a girl and one for a boy since we chose not to find out what we were having. We had to figure out how long we could afford for me to stay at home with the baby, and what we would do for childcare once I returned to work.

We had to assess whether or not our cars were appropriate for a newborn and all of the items they require (which, by the way, one totally wasn’t). And, one of the major decisions we had to make was whether or not we would circumcise our baby if we had a boy.

I assumed that most Americans circumcised their boys, regardless of their religious beliefs, because it’s a common practice in the States. So, naturally, parents want their boys to fit in by looking like all the other boys out there. I had also heard that it kept the penis cleaner and lowered the chances of contracting STDs. Having parents from Spain, a country where less than 2% of the male population is circumcised, made me question whether or not I was willing to approve of a circumcision for my child.

My mother was about 7 months pregnant with my oldest brother when she came to the States in 1973. That year, about 90% of boys born in U.S. hospitals were circumcised (see link for stats). My mother asked her doctor why people chose this procedure for their babies and was told that it was mostly for religious reasons, and that there was no compelling medical reason to do it.

Being Catholic, she saw no reason to have my brother circumcised. Her strong beliefs against circumcision definitely influenced my beliefs, but I still worried about having a son who would get made fun of in the high school locker room. I needed to do some research.

The first place I visited was the American Academy of Pediatrics (AAP) web site. There was a policy statement from March 1, 1999, which was reaffirmed September 1, 2005, stating the following:

“Existing scientific evidence demonstrates potential medical benefits of newborn male circumcision; however, these data are not sufficient to recommend routine neonatal circumcision. In circumstances in which there are potential benefits and risks, yet the procedure is not essential to the child’s current well-being, parents should determine what is in the best interest of the child (see link).”

Okay. So the AAP doesn’t recommend routine circumcision, even given the potential medical benefits. And the research I did online showed a very small likelihood of medical benefits from the procedure. But, that still didn’t address my concern about my son feeling self-conscious about his funny-looking willy…

So, I wanted to see just how many little boys out there were running around with no foreskin. The World Health Organisation estimated that as of 2006, 30% to 33% of males aged 15 or older are circumcised worldwide. In the U.S., it appeared as though about 60% of males were being circumcised (see link).

That statistic was lower than I had expected. Since we are living in an era of major globalization, I felt like my son would be more like the other boys if I didn’t circumcise him. So, my mind was made up. I would leave the little man’s penis just as God had created it. But, what would my American husband think?

My husband asked me not to discuss his penis on my blog.  So, this is all I’ll say about his penis: he was born in the U.S. in 1977. You can draw your own conclusions.

Anyway, when I told him I didn’t want to circumcise our son, and I shared with him my reasons why, he was 100% supportive. I have to say, I was a little surprised because I thought he would have a stronger opinion about his son’s penis than me, but I was also super happy that he was on board.

Then the big day arrived. My water broke the evening of my due date and my baby was born the following morning. (I’m very punctual.) And guess what? We had a girl! But all the time spent making a decision about whether or not we would circumcise our baby boy did not go to waste. Three years later, we had a boy. And I’m sure you can guess what we did.

Before you gave birth was the question of whether or not to circumcise a male child an issue that you debated about?  Or, was the choice easy for you?

This is an original World Moms Blog post by Kally Mocho in New Jersey, USA. Kally is proud of her Spanish Basque heritage and can be found speaking to her children at home in her parents’ native tongue.