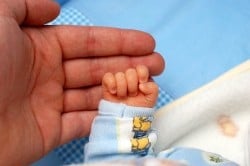 The endearing smile and enthusiastic wave that this small bundle of energy bestowed on everyone sitting at the traffic lights was enough to lighten the heaviest heart. What was great was that in the two separate cars alongside me, both of the ‘tough guys’ in work shirts waved back with the same enthusiasm as this little girl. This put a smile on my face that stayed with me all the way home. END_OF_DOCUMENT_TOKEN_TO_BE_REPLACED