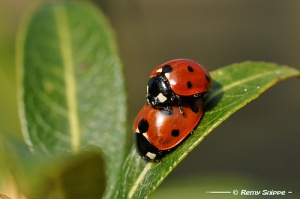 This topic may be taboo in some cultures, but I’m part French, and nothing is more important to the French then l’amour (although food and wine are very close contenders)!

I recently read an article somewhere that said many moms polled were having sex (I should say moms who are married or in a committed relationship) about 4 times a year… and they were ok with that, as were their partners.  Once a quarter?  Really!?  I know we are all exhausted by the time we get to bed, but isn’t it important for your and your partner’s happiness?  Isn’t it important for the health and well-being of your relationship with your significant other to be intimate?

When I first had my son 5 and half years ago, I had no interest in sex.  I was tending to a newborn, probably fighting off some minor PPD, still fat, nursing, healing from a c-section…. all of these reasons aside, I felt guilty for not wanting it.  I felt like I was letting my husband down, which he assured me was not the case.   I felt even more depressed, and couldn’t explain why.  We were in that category of about once a quarter.

Once I started to wean my son and went back to the gym, I started feeling my libido return.  I started to feel like myself again.  I started to be interested in sex again.  Fast forward 3 1/2 years later, when I had my daughter.  The “don’t touch me” hormones were back in full force.  This caused me to doubt myself, and get depressed again.  I had completely forgotten that I went through this after having had my son.

One day when I was talking to my husband, I broke down and was crying about it.  My body wasn’t interested, but my brain was…I was confused.  I wanted to be a good mother and wife, and I felt like I was letting him down, along with our relationship.  Again he assured me that was not the case, and reminded me that I went through this after the birth of our son.

He was right: I had!  After putting 1 + 1 together (it took me a long time to get to 2, by the way), I realized that my libido was being affected by my hormones (DUH – right?!  Sometimes I can be a little slow on the uptake).  Since my hormones changed after giving birth (I was nursing full time after all), my body was too busy producing nourishment for our little ones, to think of itself.

My aunt told me that she stopped nursing very quickly, because her husband (my uncle) did not find breastfeeding sexy.  Intimacy was so important to her that she chose pleasing her husband (this was also a very different time 50 years ago).  After all, her child could be nourished from a bottle, her husband could not.  I found that quite interesting, and quite comforting to know that I was not the only one who felt I had to choose between my child and my husband.  What I was going through was normal!

I have almost fully weaned the baby (she only nurses once a day, first thing in the morning… and sometimes not even at all) and have started to get back to the gym. I’ve completely changed my hair (I chopped off 12.5 inches to donate to Locks of Love) and I feel better about it.  I still don’t feel sexy yet (I’m fatter than I ever was after all), but mentally and emotionally I have been feeling more like myself again.  It’s time for me to pay a little more attention to me and the rest will fall back into place, as it should.

I guess there’s a reason for the stereotype of  “the best way to ruin your sex life is to get married”. Only, I think they got it wrong.  It’s not “get married”, it’s “have kids”

How has having children effected your intimate relations?  Did you overcome it?  If so, how?

Photo credit to Remy Snippe. This photo has a creative commons attribution license.