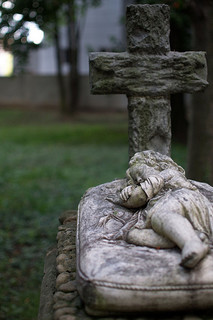 There is a secret world out there; one, that unless you have lost a child, you would not be aware of. This world consists of blogs, forums, and meetings. Some of us call it the DBC. We are often too afraid to call it by its real name, the (dead babies club). Every day, a new member joins. Sometimes, a mother re-enters through another door with multiple losses. In the end, once you’re in, you never leave.

Walking into a room full of women who have experienced pregnancy and prenatal loss, it’s hard to see past their faces.  Often, their faces tell of heartbreak, and sadness. You would likely be struck by how different each family’s story is. However, one thing remains the same, the impact that the loss has had on each family member.

Usually, I share my own painful story– my infant son died fifteen minutes after birth.

When I entered this secret world in 2009, I was unprepared. Sure, I had gone through a high-risk pregnancy; however, there was never any talk of my baby’s life being in imminent danger. Knee deep in denial, and heartache, I showed a brave exterior to my family, only to break down every time I was alone. I was so self- absorbed that I failed to include my children in my grief.

When a child dies it is beyond devastating, however, children are often left out of the healing process. You see, the collective, the invisible threads that binds us moms (and some dads), crossing cultural, and religious boundaries to come to a place of acceptance, does not account for everyone.

Explaining the death of a sibling is difficult and painful, and when parents are grieving they rarely have the time to focus on other things. Often, the siblings who are left behind, especially young children, do not have the necessary support systems to get through the shock of pregnancy and prenatal loss.

Parents, going through the grieving process often find it difficult and traumatizing to explain death to young children, especially when the death was unexpected. And when they attempt to do so, very rarely are they able to offer the age-appropriate support that is needed.

Pregnancy and infant loss does not just affect one person; it has a ripple effect.

Taking into account the needs of each family member is the best place to start. Don’t feel obligated to include others in your grief process. Take the time to heal yourself and your family first. My advice for getting through the initial shock, and helping young children cope is not a one size fits all approach, however, when dealing with prenatal and infant loss, you must start somewhere. Two and a half years later, we have learned many lessons.

Here are a few tips that helped my family:

Talk it out & Acknowledge – We have learned that the best approach is to include the children in every step of the grieving process, by answering any questions that they have.

When dealing with crisis, children often need to speak, even if they don’t say very much.  Sometimes, they ask more questions than a parent can answer. It can seem annoying and unnecessary, but remember that the children are also in shock. In addition, saying things like, “no one knows how I feel”, is unfair.

Realize that you don’t know how they feel also.  This is why it’s important to acknowledge their feelings, and let them know it is not their fault. When our infant son died, we were traumatized, it was much unexpected. We could not look our daughters in the eyes without breaking down.

It got worse when I was hospitalized with an abscess a week later. Years later, my daughters told me that they were afraid that I was going to die too. I cannot imagine what was going through their minds at that time.

Be Honest- We have learned that it is best to be as honest as possible. It starts by not hiding your feelings, or making up stories to explain things that you don’t know, like the cause of death for example. Sometimes this means saying things like “I don’t know what happened,” or “I feel very sad but I will feel better…”  You would be surprised how much better children feel when we speak to them honestly.

Use Simple language- Our son died from asphyxiation resulting from cord prolapse. At the time of his death, my daughters were nine and ten years old. These terms were un-heard of to most adults that we spoke to, thus, there was no way that young children would understand. As such, it is best to use simple language that children can understand, even if it doesn’t cover the whole situation, it’s better than confusing them.

Have you and/or your family experienced sudden loss?  How did you get through it? Any thoughts on Dos and Don’ts of helping children grieve?

Theimage used in this post is credited to Derbeth. It has a Flickr Creative Commons attribution license.