SWITZERLAND: Jump on in; the water’s fine! 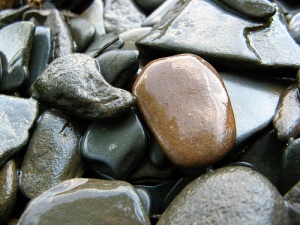 When we moved into our home in Switzerland, we were told there was a river close by. I had no concept of how close it was and my focus was entirely on getting us settled. It took me a few days before I ventured out on a walk with our small boys. We walked down a hill, following signs to a camping site. As we came down the hill and there was a break in the trees, I was able to get my first glance at the crystal blue of our rushing river. It turns out we live 5 minutes from the Aare river that rushes with fresh water from the Alps. It is truly one of the most beautiful things I have ever seen, and it’s in our backyard.

On any given day my 4 year old checks out the window and says, “Mom, I have a good idea; let’s head down to the river.” I am often tired after the day’s duties and want to be a homebody, but his moanings and groanings often motivate me out the door. The river never disappoints. It refreshes us each time we go. There is a rocky beach where the boys can stand and skip rocks. They could do it for hours.

About a month ago, Jackson and I decided that each time we were at the river we would pick out a few special rocks to bring home with us so that when we leave Bern we will have a jar full of memories of our river. His enthusiasm for the project was evident in the 15 or so rocks he had to have that first time we collected. He would carefully examine the rocks and pull them out shrieking, “Mom, this is the most beautiful rock I have ever seen!” Initially I tried to talk him into looking for rocks that were more colorful and tried to talk him into only bringing home one or two, but soon I realized his joy in the process. That day we went home with all 15 for his collection.

As we looked through the rock collection a few days later, I realized that the rocks looked far less dazzling out of the crystal river. When we had collected them they were wet and shiny and their colors far more brilliant. Now they sat in a recycled egg carton, dull and muted.  Now, this is no information I need to share with my 4 year old who beams with pride in his collection. For now he can beam and enjoy and not have to think so deeply. But my grown-up heart and mind wander as I think about what it means for me, like these rocks, to be removed from my source.

My husband has a job that takes us to different locations. This means moving every 2 to 3 years, and sometimes more often if training is required. In those years we have had two children, lost loved ones, and celebrated many weddings, births and family occasions from afar. We have missed home and we have lived to the fullest where we are, two things that are tough to do all at the same time. As we have gotten farther from where we started, we get farther from people who really know us. People who know what gifts and talents we have, know our weaknesses, can detect a bad day with even the best acting.

As I examined the dull, muted rocks, I had to admit that they reminded me of myself at different times in our journey. Each of the rocks has their own shape and identity, but their dullness makes them look a whole lot alike. It required the water washing over them to make them unique and to allow them to be seen for the beautiful, individual creations they are.  I realized that in the process to fit in and be settled in this new place and culture that I had slowly inched myself out of the waters–so to speak–and I could feel the wear and tear of the sun. I was longing to be back in the water, to feel refreshed and renewed.

As a mom, I think it is important to keep your uniqueness and identity. You can’t allow the daily grind and trying to fit in with other moms take away the things about you that make you who you are. Your children will learn so much from what makes you stand out. For me, my faith makes up so much of who I am. Each time we move, it takes time to find a new community and plug into new relationships that bring fellowship and depth that the everyday acquaintances just can’t bring.  It takes time to ease back into the waters. But they are so refreshing!

What is it in your life that brings refreshment and makes you feel like yourself?

This is an original article written for World Moms Blog by Kristen Kolb in Switzerland. You can find Kristen writing on her blog, www.seasonsworthsavoring.com.

The image used in this post is credited to Randy OHC. It holds a Flickr Creative Commons attribution license.