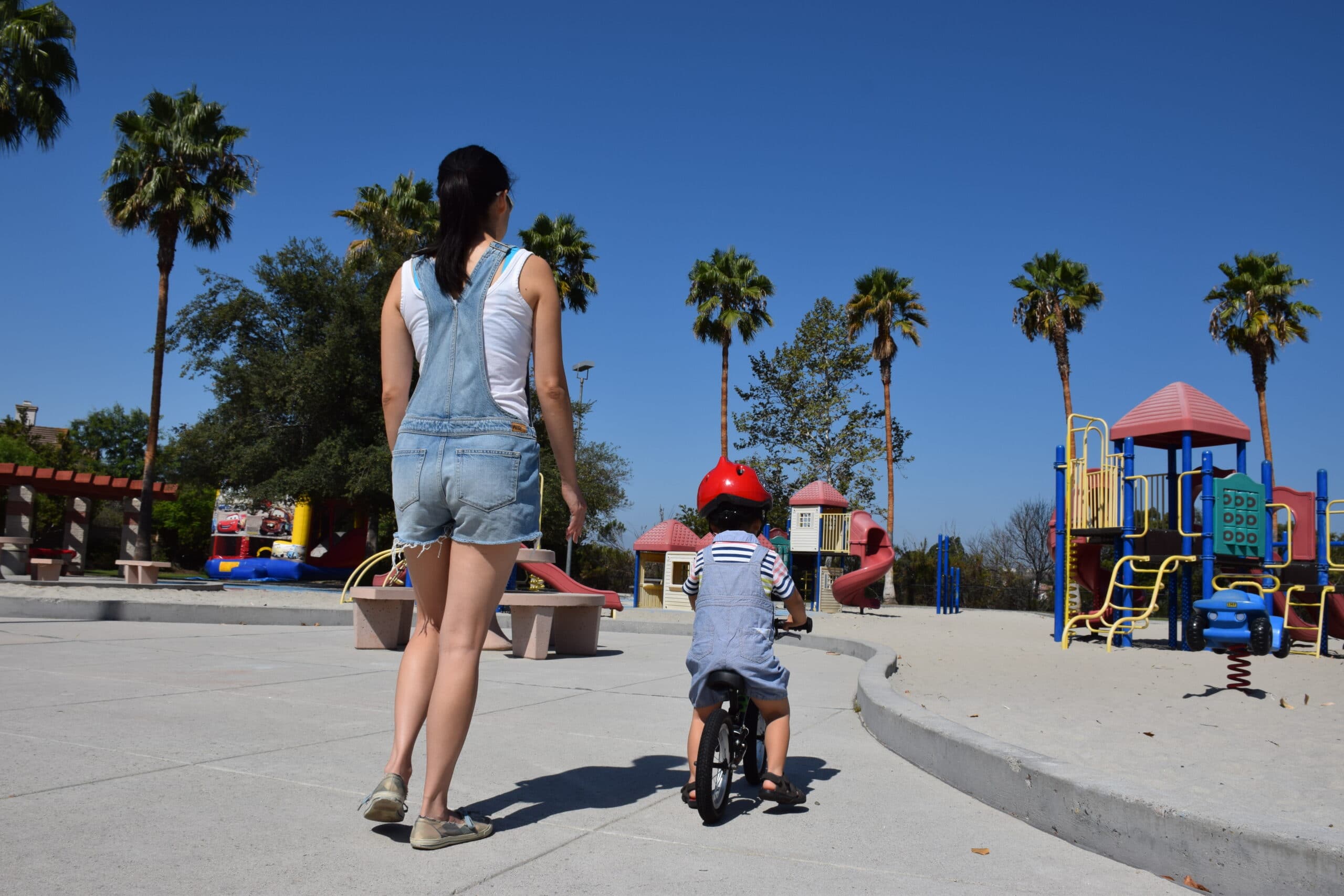 USA: “Trump Will Kick You Out Of Here” 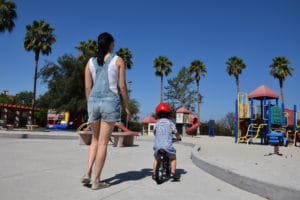 A while ago, when my toddler son was playing in our neighborhood playground, another child said to him, “Trump will kick you out of here when he becomes President.”

It happened during the afternoon of hot summer’s day. My three-year-old bumped into an older child—probably five or six years old—when going down a slide. As much as I was tempted to defend my own child, I had to admit that it was his fault. I thought that I needed to remind him to apologize.

As I was walking up I heard, “Trump will kick you out of here when he becomes President.”

I froze in spite of the high temperature. It took me several seconds to realize that it was the other child who had spoken these words.

I wanted to ask, “I beg your pardon?”

I wanted to ask, “Why would you say that?”

I wanted to ask, “Do you believe that anyone should be kicked out of here?”

But before I could say anything, my son looked up at me and said, “Mama, I want to go home.”

So we left. I looked back a couple of times, trying to find the child’s parents. I didn’t, and I did not know what I would have done if I had found them.

My son was silent all the way home. Anyone who didn’t know him that well would have simply thought that he was tired. I drove, waiting for him to ask questions, but he didn’t.

So I broke the silence and said, “You know, you should say ‘sorry’ when bumping into other people.”

“And, you know, this is our home. No one is going to kick us out of here.”

It was too hard to continue the conversation, so I stopped there. We went back to silence, and I hated myself for not being able to come up with anything better to say.

When it comes to unfriendly comments about immigrants and minority groups, many Asian American people, including me, often have an illusion of “safety”. Trump has accused Hispanic American of bringing crimes;he has called Muslims terrorists. But hey, we are Asian Americans. We are quiet and shy, we do our math and science, we hurt nobody, we don’t even attract attention. Anyway, Trump said that he “had a very good relationship with China” right before having that crying baby ejected at one of his rallies!

But what happened in the playground in that afternoon taught me a lesson: when a hate movement and white nationalism becomes the mainstream, everyone can be a victim. Even a three-year-old boy can be threatened in his neighborhood playground.

My son was quiet for the whole evening. At the dinner table his dad noticed and asked, “Are you okay, buddy?”

He insisted that I sleep with him. I laid on his toddler bed with him. Just when I thought he was falling asleep, he asked, “Mama, who’s Drump?”

“Trump? He is a businessman. He is running for President.”

“Will he become the President?”

I got up and showed him the book “Hard Choices” with Hillary Clinton’s portrait on the cover. I was hired to translate the book into Mandarin Chinese when it published in 2014. “This grandma is also running for president, and one of them will become President.”

“Will she let us stay here?”

“Oh baby! We are American, and we’ll stay here as long as we want, no matter who becomes the President.”

I was telling the truth. Both my husband and I came to the States as international students. He earned his PhD in computer engineering from NC State University and I earned my Master’s degree in broadcast journalism from Boston University. We eventually naturalized through H1B working visas and EB2 green cards, which requires an advanced degree and exceptional ability. We’ve been calling America home and contributing to this country for more than a decade, and I honestly don’t think anyone can legally “kick” us out of here, not even Trump.

What worries me is that this kind of hate speech will hurt our family and our children, turning our country into a place that is no longer suitable for living in.

We’ve all heard Trump’s supporters shouting violent words and making crazy statements at the Presidential hopeful’s rallies, but it feels different when such words comes out of a young child’s mouth. I wonder if he really knew what he was talking about.

Either way, he certainly made it clear what Trump’s brand of hate is doing to this country. In spite of the frustration, I still hope for a hate free society to come. So vote wisely. It’s not about political correctness. It’s about being a decent human being.

Has your child been the target of discrimination at the hands of another child? How did you handle it?

This is an original post to World Moms Network by To-Wen Tseng of the United States. Photo credit: Mu-huan Chiang. 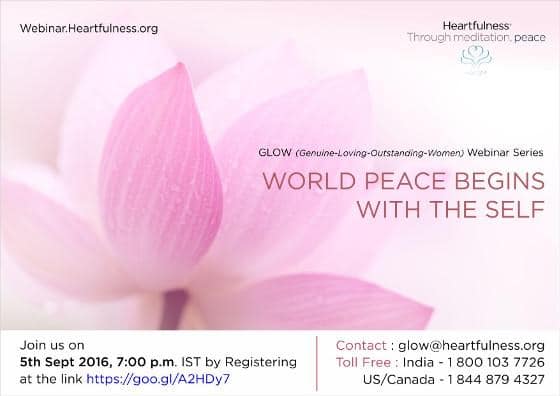 World Moms Network and Heartfulness Institute have joined together to create the new GLOW series of Webinars for introducing women across the world to Heartfulness Meditation.

World Moms Network’s vision statement as you all know is, “We envision a world of peace and equality, born through our common ground of motherhood.”

Over here at World Moms Network and Heartfulness Institute, we believe that this world of peace and equality can be born only if the mind is at peace, and the heart at joy, for every single individual in the world.

For change begins with you, with me, with the woman of the family!

GLOW stands for ‘Genuine Loving Outstanding Women’, and is a series of monthly online workshops for women everywhere to learn and practice Heartfulness meditation in the comfort of their homes or their workplace.

Each webinar will feature an expert speaker, chosen from women who are outstanding in their fields, who have influenced their own family, or their community, or their nation. These women have been change-makers and influencers. They’ve also been able to find peace, joy, and love in their own lives, and  have influenced people around them to find the same.

Women are well-placed to create harmony and peace in all areas of life, often starting within families and spreading out into the world. And we’re highlighting just that!

The theme for the first in the series of webinars is “Individual Peace Contributes to World Peace. 21st September is celebrated as the UN International Day of Peace. 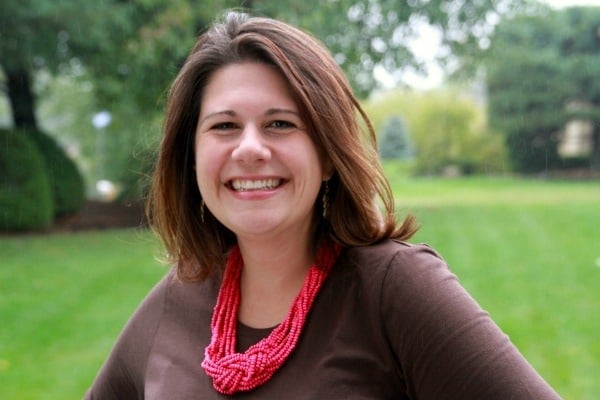 Jennifer Burden hails from the USA and is the founder and CEO of World Moms Network, an award-winning online media organization and website promoting a world of peace through the common bonds of motherhood. Jennifer has been nominated a Global Influencer Fellow and Social Media Fellow by the UN Foundation, invited to the White House, spoken at the World Bank for the right of a universal education for all children, and her writing has been featured on Impatient Optimists, The Huffington Post, ONE.org and BabyCenter. She is the mother of two girls and practices Heartfulness meditation.

Jennifer has been hosting Heartfulness meditation sessions through internal webinars on World Moms Network. In this webinar she will guide us to contribute towards world peace through meditation.

All women, everywhere in the world, are welcome to join! Click here – goo.gl/A2HDy7

New to meditation? These workshops are a perfect place to start! And… you can bring a friend!

For more information, leave a comment below, or write to Glow@heartfulness.org