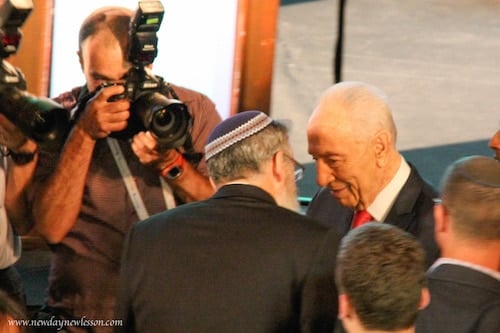 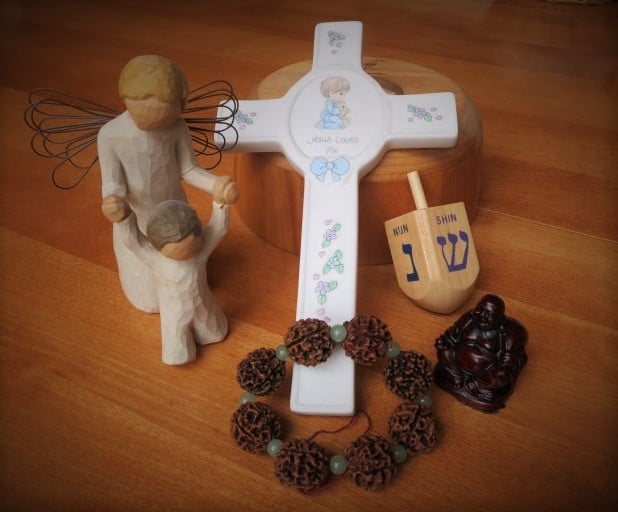 USA: An Agnostic Walks Into a Baptism 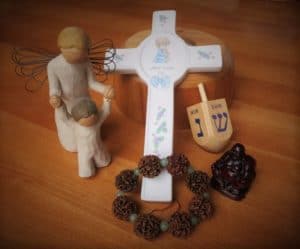 Recently, my family and I were invited to attend the baptism and confirmation of a neighbor’s son. They are members of the Church of Jesus Christ of Latter-Days Saints, and they asked friends, family and neighbors to witness this special rite of passage. I am an agnostic, and we do not practice formal religion in our home, but I was excited to take my sons to support their friend.

I grew up in a Catholic community, but I reached a point when I realized that Catholicism wasn’t the right fit for me. I explored other faiths, but none stuck. However, I have a tremendous amount of respect for formal faith-based communities. I may not agree with all aspects of any given religion, but there are many things that I do agree with and that warm my heart.

Family, community, connection, support, love…these are the things that you can find playing out in houses of worship around the world.

I talk to my children about religion. We discuss the different forms that prayer can take, and the ways in which people of various faiths interpret the presence of God in their lives. We also talk about people who do not believe in God, and ways in which they can be spiritual. We have visited Christian churches, a Buddhist temple, and a Hindu monastery. We celebrate Christmas, and we spend time in the fall and winter discussing the festivals of light celebrated around the world. We have our own version of prayer in the form of secular daily intentions that we recite together.

We talk about mindfulness, morality, and being positive members of our community. I try to draw parallels about how we think on these things and how those who practice religion do.

Prior to attending the baptism, my boys and I talked about what it would mean to their friend and his religious community. I explained that it would be OK if we didn’t understand everything that happened during the service. We would go to observe, learn and show support.

It was a joyous gathering. Family members spoke and guided the service. They did a wonderful job of explaining the process to everyone there, especially those of us for whom this was new. People sang and cried happy tears. Their friend was immersed by his father in a font while everyone, especially a front row of the littlest attendees, looked on him with smiles. He became an official member of his religious community, surrounded mainly by people of his ward but also a few from the outside.

As we drove home, I asked my children what they thought. They had both had a great time. They had interesting observations and were able to talk about what they expected and how it compared to what actually happened. But overall, they knew that this was a special day for their friend, and it helped them understand his life a bit more. As a family, we are still content approaching all things spiritual in our own manner.

However, I want to make sure that while my children don’t practice religion, they are tolerant and respectful of religion. We live in a time when it is so easy to become cynical and focus on what we don’t like about someone or something.

While it is important to champion our own beliefs, it is equally important to continually learn about those who choose a different path than ours.

Opportunities like this recent one benefit us all by bringing us closer together while still allowing our differences. At the end of the day, it’s all about the larger community, and I love mine.

Do you practice religion with your children? How do you talk to your children about faiths that are different to yours?

This has been an original post for World Moms Network by Tara B. Photo credit to the author.