CANADA: Tragedy Through A Child’s Eyes 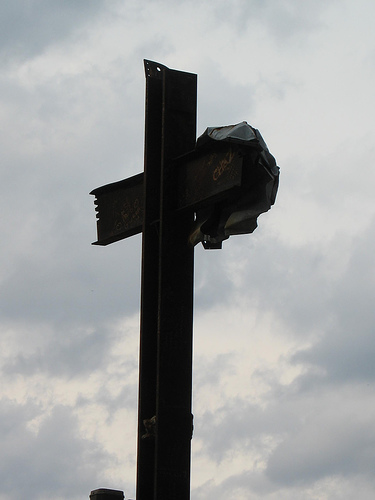 It is a Saturday morning in January, 2010. The weather is surprisingly mild for the middle of winter, but despite the bright sunshine, I am aware of the horrors that prevail elsewhere in the world. It is about a week since Haiti was ravaged by a devastating earthquake, and I cannot sleep because my mind is filled with the terrible images that I am seeing on the news.

I am sipping coffee and sitting at my laptop checking emails. Nearby, my younger son James, who has just turned four, is playing with a giant pile of Lego and some little plastic people and animals. He appears to be making some kind of village.

I tune out of James’ play, open my Internet browser, and within moments I am in a Facebook-induced trance. It doesn’t last for long: something about the way James is playing makes me snap back to reality and pay closer attention to what he’s doing. What I see makes my heart stand still.

As a general rule, we do not watch the news when the kids are around. We don’t think their still-too-young souls need to know about things like gang violence, air crashes, and natural disasters. It’s not forbidden territory, not by any means, but we protect them from the darker side of life whenever possible. And so, after the kids have gone to bed, my husband and I companionably watch the news together, away from childhood eyes.

When I saw James using play to recreate the Haiti disaster, the realization hit home for me: kids take in a lot more than we sometimes give them credit for. It was clear that James knew some pretty intense detail about what had happened, and that he was afraid of it.

Of course he was afraid. The idea that buildings can simply fall down on top of people must be very frightening to someone so young.

Armed with the belief that we are most afraid of things we don’t understand, I taught James about earthquakes in terms that he could comprehend. To appease his fears, I explained to him that some parts of the world are more prone to this phenomenon than others, and that it is not likely that it would ever happen where we live. He asked questions, and I answered them as best I could. If I didn’t know the answer, I looked it up.

My mini-education session, which stretched over several days as new questions and thoughts occurred to James, seemed to have had the desired effect. James still re-enacted the events for a while, but he seemed to be doing it to reinforce his new understanding. The fear that I had detected initially appeared to have gone.

Eighteen months on, I once again find myself in the position of having to explain tragedy to James, and this time, it is far different, far more sinister.

When a man named Anders Behring Breivik recently went on the rampage in Norway and killed 76 people, I watched the news coverage in horror, along with the rest of the world. Throughout that weekend, James did not indicate that he knew anything about it. There were no re-enactments, no questions, no signs that he was afraid of anything.

It all changed on the Monday after the tragedy, when James came home from daycare talking about “the guy who shot all the people on the island.”

By comparison, explaining the Haiti earthquake and subsequently, the Japanese tsunami, had been a piece of cake.

Teaching a child about geologically explainable shifts within the earth is very different to explaining why someone would deliberately kill dozens of innocent people who just happened to be in the wrong place at the wrong time.

I opted for a simple and honest approach with James. I told him the basics of what had happened, and then allowed him to drive the discussion by asking whatever questions he wanted. And, there were plenty, many of which I did not have adequate answers to.

Somehow, I managed to convey to James that from time to time, there are people who do bad things for no good reason, and that innocent people can get hurt just because they are in the way. I assured him that it hardly ever happens, and that he shouldn’t worry because he is safe, he is perfectly safe.

I wonder if he noticed me pulling him closer to me and holding him tighter as I said that.

I feel as if this tragedy has resulted in my son losing a touch of his childhood innocence. And that makes me feel unspeakably sad.

Have you ever had cause to explain tragedy to a young child? How have you handled it, and do you agree with me that honesty with our kids is the best policy?

This is an original post for World Moms Blog by Kirsten Doyle of Toronto, Canada.  Kirsten can also be found on her blog, Running for Autism, or on Twitter @Running4autism.