AUSTRALIA: Interview with Inspiration to Dream 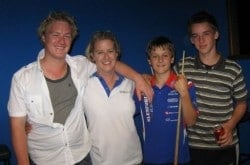 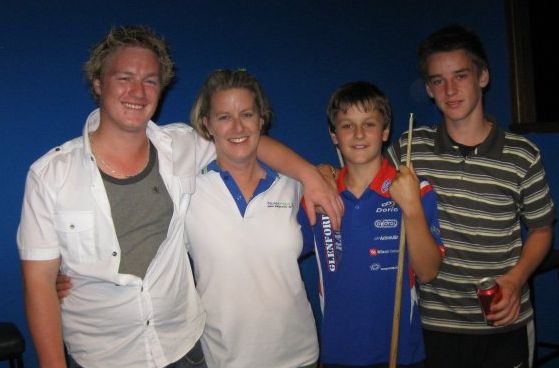 I live in Adelaide, which is the capital city of South Australia. I was born in a small country town called Inverell in New South Wales, which is on the east coast of Australia. We moved around a lot when I was a child because of my father’s work, moving to Perth, the capital of Western Australia when I was 5 and then several years later to Kalgoorlie which is a mining town 700km north-east of Perth. From Kalgoorlie we moved to Adelaide when I was 13, and I’ve been here ever since.

I attended four different primary schools and two different high schools, yet in contrast, my children all live in the house they were born in.

I’d like to be able to list off a chain of exotic languages that I can speak, but English is the only one I am proficient in. I studied twelve months of Italian at university and have a reasonable understanding of the language basics, but I could not hold a conversation unless it was to tell you my name and the colour of my hair. If you asked me any questions I’d be lost.

I was a very young mum, with my first son born two weeks after my 17th birthday. This was a huge disappointment to my parents and it took many years to repair my damaged relationship with my father. I have always adored children and never regretted having a child so young. I almost got it right the next time with my second son arriving three months after my 23rd birthday and two months after I got married, unlike my first son though – this one was planned. My third son we got it right, I was married and a respectable age. He arrived the year I turned 25.  My first grandchild arrived in June this year making me a relatively young nanna as well.

I was a stay-at-home-mum with my first two children, but went back and did my senior year of high school when my youngest son was 6 months old. I got the grades to get into university but we didn’t have the money with three young children, so I worked part- time (within school hours) up until my youngest started school.

I, then, sat the mature age entry exams to get into university and spent the next six years working part-time and studying within school hours. This meant I was still able to drop my children at school and pick them up from school in the afternoons.

To say that was the craziest six years of my life would be an understatement. It was a hard slog with three children, as well as working and studying for my degree, but I was determined to do something with my life, and I wanted to set a good example for my kids. I had no choice but to be organised and efficient. I learnt to write assignments and articles and you name it whilst sitting in the car at soccer, football or baseball training.

I did my required reading between quarters at sports matches which took up my entire weekend. Each week I attended a soccer match, two football matches and two baseball games as well as all the training that came with it. Some years the boys did BMX bike riding as well.

I became a full-time working mum when my youngest turned 10, which coincided with me graduating from university with my well deserved Arts degree in English and Sociology.

I blog and I write because writing keeps me sane, without my writing I would probably go crazy. I’ve kept a hand written diary since the age of 8, it was always my place to write down my feelings, talk about my world, examine my thoughts, and keep track of my goals. I discovered blogging last year, and as they say, the rest is history (or the hand written diary is at least).

Strangely enough, my years of having to write English assignments in my car at sporting matches has provided me with an ability to knock up something at a moments notice. I write every day – at work, at home and on my blog. It’s a part of me, and I couldn’t imagine not doing it. Reading comes a close second to writing, speed reading was another skill I acquired during my years of study.

I wouldn’t say I’m different from other mothers; we all have our strengths and our weaknesses. I think mothers everywhere want the same things for their children and for them to be safe, happy and healthy.

I’m very driven, and when I put my mind to something then watch out world which is how I’ve raised my boys – to believe that they can achieve anything they put their minds to.

I’ve always been very strong with them in that if they commit to something, then they must see it through to the end. If they take up a sport, then they are committed for the season, no dropping out half way through. I’ve never put the pressure of success on them because, to me, completing a task is success, as long as you’ve given it your best effort than you’ve succeeded. They make me incredibly proud because they are reliable, determined and ambitious young men.

I think one of the greatest challenges in raising children in today’s world is also one of the greatest breakthroughs – and that is the advances being made with technology. So many amazing things now exist in our world which today’s’ generation takes for granted; from computers to mobile phones and everything in between.

I think it’s a struggle to raise our children as polite, well rounded individuals when technology is taking over our lives. Kids play computer games and communicate via social media. Riding bikes and kicking around a ball are fast becoming things of the past.

Talking and socialising face-to-face is a key ingredient in ensuring children grow up with social skills and an ability to communicate effectively. That our children are losing the capacity to develop these skills concerns me. This may not be so much for my children but definitely for my grandchildren.

When I first started blogging I was an absolute fiend on devouring every writer mum site I could find and everything similarly related. World Moms Blog popped up in a search and here I am.

This is an original World Moms Blog post by Inspiration to Dream of Adelaide, South Australia. Fiona is the writer of Inspiration to Dream and can be found writing or reading in every spare moment that isn’t filled up with work and her three boys, her new baby grandson and of course with a bit of spare time thrown in for hubby as well.

The photograph used in this post is attributed to the author