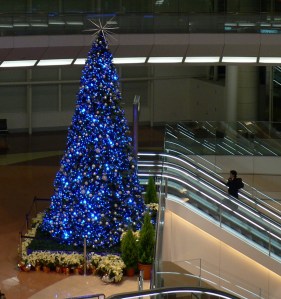 Here most people celebrate Christmas on the evening of the 24th. They eat fried chicken and “Christmas Cake,” which is usually a strawberry and whipped cream topped vanilla sponge.  Interestingly enough, Kentucky Fried Chicken (known in Japan simply as Kentucky) is strongly associated with Christmas. END_OF_DOCUMENT_TOKEN_TO_BE_REPLACED