SAUDI ARABIA: The Choice I Made 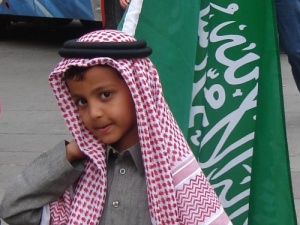 This is a follow-up to a post I wrote a short while ago titled ,”The Choices We Make (For Them)“. To summarize, in January we moved back to Riyadh, the city we used to live in. My kids want to go back to the schools they were in before.

I want them to go to a small school with a higher standard of education. The old schools are big and chock full of students (My son S had 28 classmates, My daughter J had 18). This school is small and has relatively few students. In S’s case there’s only one other student in 3rd grade!

Well, I made the choice! I chose the small school for both my kids. Needless to say, neither child was thrilled. But I am the adult in charge of making these decisions for them. The decisions that will make them sad and angry at me and say things like “it’s so unfair” and “I want to be with my friends.”

When I told them the decision they instantly crumpled. J started counting off the friends she won’t see again. I assured her she could see them every weekend, then she said “I mean in the playground mama! everyday!” S grabbed my laptop and was typing in something. Then the page to his old school came up on the screen and he started saying, “Oh mama look! It’s MR. Whoozit the headmaster and Coach Wasizname!!” Oh, the drama of it all.

The factors that lead me to my choice are:

And the line that melted my heart was “We have your children from 7.45 in the morning till 2.45 in the afternoon, you shouldn’t have to teach them anymore at home. Homework is revision and should be done unsupervised.” Ah… I’m in love!

2) Yes, S only has one classmate, but the set up is as follows: They have core classes, just the two of them, from 8 am till 12 pm (Arabic, English, Math), then they do the rest of the day with other classes. So if it’s science, the two of them go to the science lab with grade 2, but work together on grade 3 level studies.

3) I spoke to mothers with children in the school and the feedback has been excellent.

4) The Arabic curriculum is a strong one. They also have Islamic studies.

5) They welcome parent involvement (in a good way) and are organized! Oh how I MISS organized!

6) They have a varied and fun selection of after school activities and an arts program.

I can go on, I won’t though. When I started telling the children about the school and the programs and the fact that they can sleep-in a whole extra hour in the morning (meaning they can stay up a whole extra hour at night), they started protesting less. It also helps that they had a break from both their old schools while we have been here in the eastern province. J did say “If I don’t like it, I’m going back to my old school!”

The only drawback I can see now is that I will have to get them extra French tuition as they will be behind. And that we lose 2 weeks of summer break (still leaving us with 2 months vacation, so I shouldn’t complain).

I took the kids to visit the school and to have their assessments. It was all very positive, except for the fact that they told me my daughter didn’t recognize a single letter, not even the letter “a”.

That made my heart sink! I thought “Wait… I supervise her homework, and work on her sight words, and watch as she does her work sheets! She must have choked!” But what I said was “Ummmm… she doesn’t have the best memory… and she might need some work… but I think she maybe was nervous.” The teacher then told me she seemed very much at ease but didn’t know her numbers either.

I asked her to send me some work sheets and exercises for her to work on before she starts. In my opinion, tests are stupid and don’t represent anything of what the child knows. No, my daughter is not the best speller, and she does have a terrible memory, but my daughter recognizes “a” as well as “b,c,d,f,g,h,l,m,n,o, AND p.”

So, Tests. Good thing? Bad thing? Do they truly represent a child’s ability?

Photo credit to Andre Gustavo.  This photo has a creative commons attribution license.