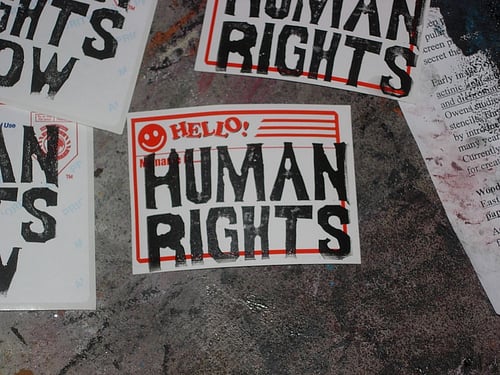 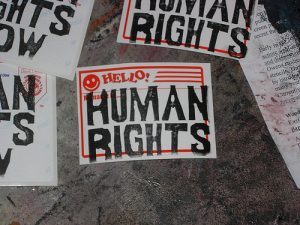 This is a little thing I like to call a simple backgrounder. I had the pleasure of working for Canada’s Foreign Affairs on a UN file. I always liked to say that I was always with one foot in two worlds: one international, and the other the domestic (both being intrinsically important to further the other).

The United Nations is actually one of the most complex governing structures in the world. For those of us who have had the opportunity to work for the U.N., we realize just how mind numbingly confusing it can be to explain it. What many seem to forget, is just how very new Human Rights is, and what it consists of, and just how slow the U.N. seems to work, and why.

The U.N principles are set out in the U.N. Charter, which aims to save future generations from war, reaffirm Human Rights, establish equal rights, and promote justice, freedom, and social progress for the Peoples of its member states.

The main function of the U.N. is to maintain peace and security for all member states, with the aim of protecting human rights and providing humanitarian assistance.

The U.N. Charter is what I have had to memorize for International Law. (It’s great fun if you are interested, though when I was pregnant, it actually put me to sleep!).

Sounds pretty simple, doesn’t it? Here is some perspective on the matter.

When the UN charter was written, more than half of the population of the world did not have the right to vote, didn’t (or couldn’t) work, nor have access to education or basic needs of food, clothing and shelter.

As the world evolved, so did the U.N., and so have the treaties and committees it has established over the years. The biggest difficulty a U.N. body faces are the very things that make it such a great organization: its member states. Member states all look through a negotiation with their own biases, a narrow lense, with different history, culture and language, which can make negotiating that much more difficult for the governing body.

The Universal Declaration of Human Rights is the key doctrine used when Human Rights is discussed and analysed: http://www.un.org/en/documents/udhr/ Here is where it gets confusing. You can be a member state of the U.N., but not be a state party to a treaty.

Many assume that if a treaty is written, every country signs it. Not so. This actually makes the universality of a treaty difficult, as does proving that a state is non-compliant towards a treaty they have not become a state party to, such as a human rights violation that a particular member state is not even a party to.

Human rights has always been a difficult subject matter, mainly because violations are difficult to address, are more personal for member states, and usually involve matters that can (in the eyes of a state party to any given treaty) infringe on culture and religion.

Human Rights negotiations typically end up in a stale mate. What many don’t understand is that when member states agree on a human rights concern (through a U.N. in a treaty), this concern must be implemented domestically. In the global scope, this implementation ends up impacting labour, voting, and the member state’s economy in general. (For more information on the United Nations Human Rights page: http://www.ohchr.org/EN/Pages/WelcomePage.aspx)

Just how much effort goes into any kind of U.N negotiation? I can only say this: Countries have representatives posted in Geneva and New York, who report back on daily activity regarding a variety of subjects. At each Foreign Ministry, teams are appointed to be experts on specific treaties, policies, and the like. Sometimes, subject matter experts would spend their days working up to a massive meeting at the U.N., proposing text, implementing domestic law, working on various ways to promote the treaty, etc.

In Canada, there is a perception that Foreign Service Officers only eat canapes and drink champagne. Personally, I never knew that kind of life. I just witnessed many incredibly hard-working people, who worked and fought tirelessly on Canada’s behalf.

Most people think that the U.N. should be able to make decisions faster, create treaties overnight and somehow put a head of state on trial for committing mass atrocities within a days of arrest. Nothing happens overnight, each new situation takes all member states to analyse, educate themselves, negotiate and vote. Within that member state, teams of sometimes hundreds of experts will sift through massive amounts of information, weigh history and politics, open discussions with other like-minded member states, and weigh future treaties in the balance.

Human Rights is still, ultimately, a new concept. However, it is something that each individual should take the time to think about, and learn more about.

What are you doing to educate yourself about human rights? What don’t you understand about it?