CANADA: September and the Start of Something 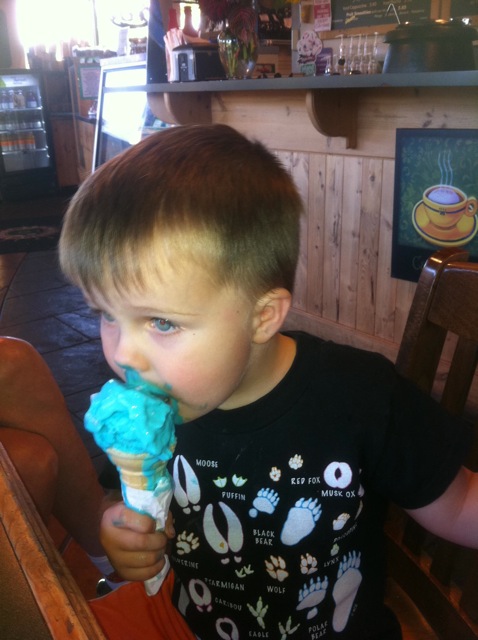 For several weeks now, I’ve been reading tweets and blog posts from American moms whose kids are back in school already. “I keep getting emails about back-to-school-sales,” said one tweet this morning. “We’re already on the 4th week of school!”

This is something I’ve always found surprising. In Canada, teacher friends are back to work in mid-August, which I understand. It must be tough, but I get the need for some prep time. But kids too? And, for some of them, school starts in early August? I can’t imagine.

Where I’m from, school starts in September, usually after Labour Day. (We have the holiday, too, but we spell it with a ‘u’. Crazy Canadians.)

The end of August is filled with vacations, visits to the beach, and impromptu trips for ice cream – making every effort to squeeze the last drops of sun out of summer.

My son starts preschool this year, three mornings a week. His first day isn’t until the 12th of September, so we have a couple more weeks of full-time fun ahead. My husband, who stays at home with our son, has registered him for swimming lessons this week.

They’ll also have more play dates and trips to the museum, some time at the park and maybe a movie. We still have the sunscreen, sunglasses and a hat permanently packed in a little backpack, ready for any outing that strikes our fancy.

Summer took a long time coming here this year – we were well into July before having consistently nice days. Maybe that’s why I’m hanging on to summer this year and feeling as though it’s way too early to be starting school. (Or maybe, like thirdeyemom, I’m just not ready for him to be going out into the world on his own.)

While I enjoy summer fun, I’m looking forward to the changing seasons too. As fall nears, I start to look for leaves turning, feel the cooler air at night and turn my attention to the year ahead. I’ve been out of full-time school for 15 years now, yet September always feels like the start of a new year to me. I look wistfully at flyers for school supplies, wondering if I can muster an excuse to buy myself some new pens.

Where I’m from, it’s still summer.

When does school start where you live? Does the start of a new year mark the end of a season for you?

This is an original post to World Moms Blog by Robin Farr (MamaRobinJ) of Canada.  She can also be found on her blog, Farewell, Stranger.

Photo credit to the author’s mom.