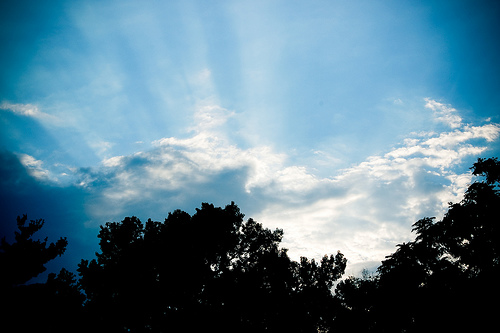 She fell to the ground, some of the children around her got up to see if she was ok, and I just stood there.

After that, I knew she was in hospital for a while. I heard them say she had a tumor. One day, I can’t remember how long after, my mother told me she had died.

I had never been to see her in the hospital. I asked to go to the funeral, but my mother said it wouldn’t be a good idea, which I understand now because of the way our funerals are. I always felt bad that I never visited her and never saw her mother. Now, if I go into details, this maybe has affected my attitude towards death. Who knows? But I would have liked to have visited her in the hospital.

My son’s first experience with death was when his great-grandmother died. She passed away when I was in London, and I had to go back for the funeral. So, I didn’t tell him she had passed away, but he knew she was very sick. I didn’t want to tell him then to leave right away. When I got back I picked him up from school, and on our way home I told him.

I remember I read somewhere you have to say “died” not “passed away” or “went to sleep and never woke up.” I told him that she lived so many years and was so very old that her body couldn’t heal itself anymore. I said, “You know how Mama’s legs used to hurt her? Well, they don’t any more. And she doesn’t need a stick to walk. She is with her mama and baba now and waiting for us till we come.”

His anxieties went on for a while, and I asked a doctor what he thought I should do. The doctor’s reply was to ignore it! He said if he asks you a question about death, then answer in as short a sentence as possible and change the subject. Children take their cue from us. If we are ok, they are ok. My tendency was to have long drawn out conversations which just added to his stress.

S’s thing was not wanting to leave earth. He worried about what heaven was like. I remember one of the last conversations we had about this. S said, “Mama, will there be mobile phones in heaven?” I said, “Possibly.” He said, “Then when you and Baba go I’ll call you, and if it’s nice, I’ll come. If it’s not, I just want to stay here.”

For my daughter it started over the death of her dog this summer. She became so anxious about me going to “Janna” (heaven) and how when I went she wanted to go with me. As the days went on, she confessed that her anxieties about me going were partly because “You didn’t teach me all my stuff! Like how to use a computer and how to count properly! I don’t know all my stuff yet!” I did what the Dr. told me to do when her brother was going through the same thing, and it eventually worked, but it took such a long time for her to stop really worrying about it.

In this past year, I lost my Aunt, who had been receiving treatment for a near drowning accident, and my Uncle, who from diagnosis of cancer to his passing, lived a rapid 6 weeks. Both were people who I feel blessed to have known. That is all I can write now about them because there is insufficient space and insufficient words to describe what amazing people they truly were and how many lives they had touched. If you could have seen how many people prayed for them and came to their funeral, you would understand.

The question is when we have blows like that in life (which we will all have if we have anyone we care about), how do we teach our children not to have a fear or anxiety about death? It is the toughest thing in the world to look around you and realize that everyone in the end is going to die. That there is a lot more grief to go through before you can truly be happy.

“To God we belong and to Him we shall return.”

Have you ever had to talk to your children about the death of a loved one? How did you tell them? and how did they take it?

Photo credit to Jeff Coffman.  This photo has a creative commons attribution license.