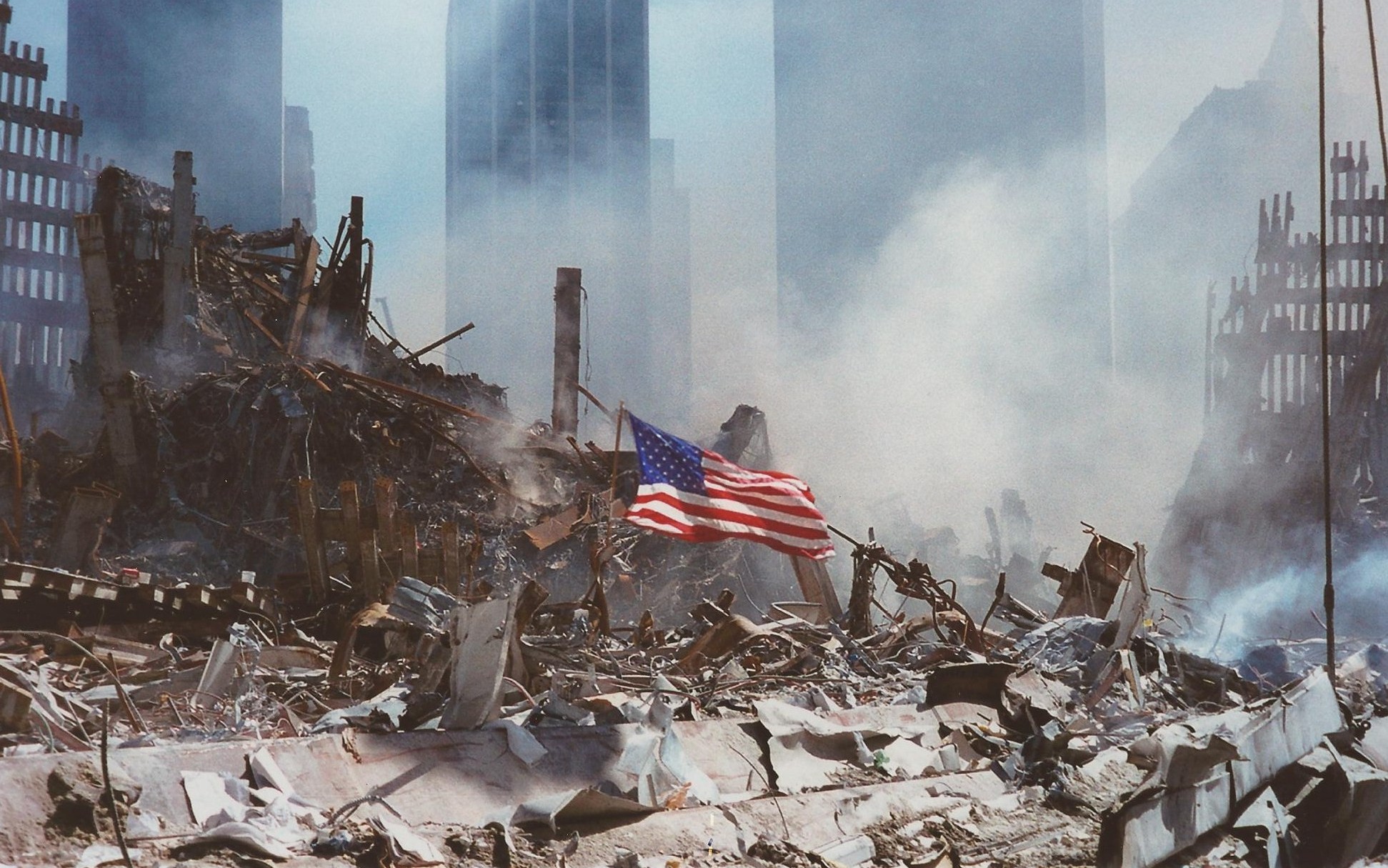 It was a day filled with shock, terror and for many – desperation to find out what happened to their loved ones, even if they didn’t work in the towers.  We left our buildings with no access to phones or t.v.’s, while the rest of the world watched and waited to hear from us.  It’s the one event in my life that can bring tears to my eyes in an instant and send chills up and down my spine.

I started out my day just like every other morning.  My husband and I would drive from the NJ suburbs into Jersey City, park our car in a garage, take the Path train to the World Trade Center and then head to our offices in Tribeca and Midtown.

I can vividly remember so many details of that morning – the beautiful weather, what I was wearing, and riding the escalator up from the Path into the WTC.

Who knew it would be the last time I would walk through one of those magnificent buildings?

At the time, I worked at Citigroup in the Equity department on a trading floor with a few hundred people.  I was in a meeting and trying my best to pay attention but couldn’t help but stare through the office glass as I saw people stand up one by one on the floor.  I said “I think something is going on.”

We walked out and saw live footage of one of the World Trade Center on fire. There was a lot of chatter and rumors it was a propeller plane that went off course.  My husband’s sister worked in one of those buildings, and I immediately called him.  He had not gotten through to her yet, but he had already spoken to his father and he said she worked in the other building, which was a relief.

But then, all of a sudden, there were screams, gasps and people were covering their mouths.  The T.V. showed flames spewing out of the second tower.

Someone yelled, “It was another plane!”  Everyone looked like they had seen a ghost.  At the time, I didn’t realize how many traders on the floor were talking to people — their dads or sons or sisters and friends.  Most of them were trapped at the firm Cantor Fitzgerald.  I could cry just thinking about it.

As our building was evacuated, the scene outside the front of our building was strange with a chaotic sense of calm.  I felt a bit panicked, but there was so much of the unknown that you really didn’t know what to feel or think or do.  As we gathered out front, we talked about rumors of accidents and terrorism.  Cell phones signals were lost. I would glance over at the towers every so often at the thick cloud of black smoke but kept talking with my coworkers.

If I knew the magnitude of what would happen later, I probably would have stood there frozen and stared and cried.  At that moment, I just had no idea how bad it really was or would be. Or maybe, because I had not received one of the desperate calls from someone trapped inside, I just didn’t have a clue.  I definitely thought that people were killed, but nothing close to the 3,000 that were lost by day’s end.

I finally decided to walk into the shoe shine store at the base of our building and use their phone to call my husband.  He told me that a plane just hit the Pentagon.

At that point, I knew it was terrorism, and truthfully I wondered if I was going to die.

Was a bomb going to hit the city?  I wanted to wait for my husband in front of my building, but he told me to just start walking towards his office which was about 50 blocks north.

I will always remember that walk up the West Side Highway.  The sounds, the people, the sights and the horrific smell.  The sounds were the most unforgettable – there was a very loud and constant blaring of horns from the fire engines and police cars.  When I hear that sound anytime to this day, I almost break out in tears.  I also never thought in a million years that those brave men and women who passed me were driving to their death.

I remember people started screaming and an officer told us to run, and when I turned around, all I could see was a big cloud of smoke.

I thought it was an explosion at the time from something like gas lines at the building or maybe even a bomb.  I did not see the first tower fall, nor did I think that was even possible.  However, not long after that, again I heard screams, and then felt a rumble as I turned to watch the second tower fall.

Seemingly in slow motion – I could see the pieces, the glass, the crumbling and the smokey ash.  Watching that building collapse before my eyes was something I will never forget.  My first thought was that Lower Manhattan was completely wiped out.  I thought – “Oh my God, A LOT of people just died.”

It was at that exact moment I got cell phone reception, and I got through to my husband.  I asked if he had heard from his sister, who worked on the 69th floor of the South Tower, and he said “No.”  We thought she was dead.  I started crying. Given the tragedy of the day, we were fortunate to later find out she was ok.

Getting home involved a long walk, a ferry ride, hitchhiking twice and then getting to our car in what can only be described as a completely abandoned Jersey City.  There was not a single person on the street.  My husband looked at me and said “Wow, this is what the end of the world must feel like.”  It was surreal.

The days and weeks that followed were awful and depressing.  Pretty much every person I worked with lost some one.   The trader who sat on my left lost his son, the one on my right lost his brother.  I could go on and on about the losses – let’s just say there were MANY.

Some of the worst distress was from those I worked with who got their sons, daughters, nieces and nephews jobs at some of the firms where everyone died.    They carried so much sorrow and pain and guilt.  It was months before anyone felt normal again, if ever, and the sadness was thick and heavy for a long while after that.

As a new mom, and someone who continues to commute to Manhattan each day,  I often think now, more than ever, how incredibly sad it would be if my child were to lose me or his father in any way, let alone to a terrorist act.  So much was taken away from so many families that day.  Perhaps the most innocent victims were the children of all of the people that perished.  Babies that were yet to be born that will never know their fathers and children that have to grow up without one of their parents to guide them through life’s most important moments.

The people we lost on 9/11 will always be Heroes who were taken away way too soon.   Let’s Never Forget the Hopes, the Dreams, the Bravery and the Love of all of those we lost that day. God Bless.

This has been an original post to World Moms Blog by Jennifer D’Ambrosio of New Jersey, USA.

World Moms Blog remembers all who were lost 10 years ago and sends out hope for togetherness and world peace among people of all cultures, religions and backgounds.

Please tune in tomorrow for another first-hand account from Maman Aya of New York City, who was working downtown on the fateful day.