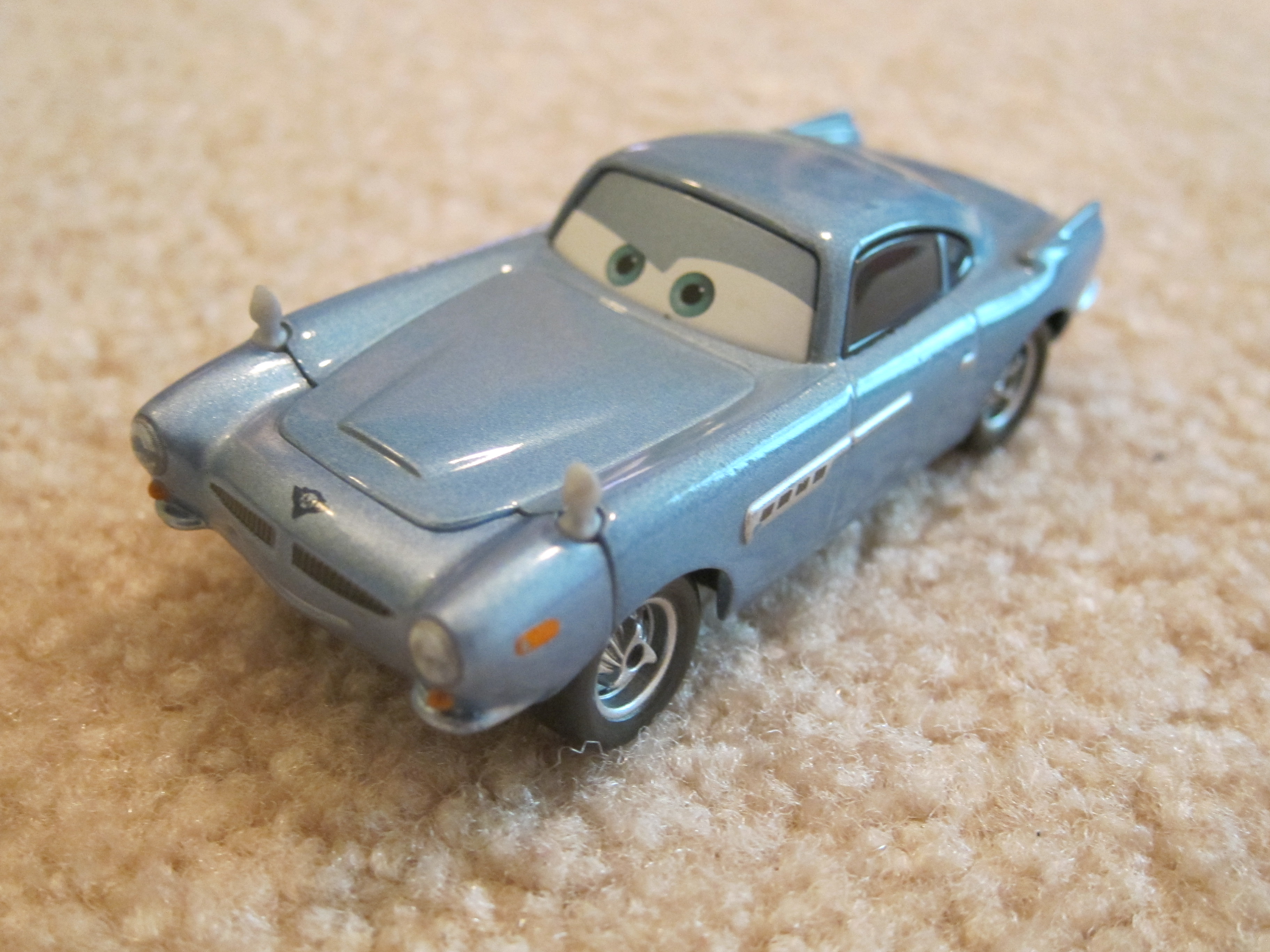 I just took my son to the movies for the first time. He is 5 ½, and I hadn’t taken him to the theater yet because he is very sensitive to visual media. Well, he is sensitive in general. He just seems to hear, see, smell and feel things more intensely than other kids. I wanted to take him to the movies when he seemed  eager, when we could really talk about what the theater would feel like, and when we had the right movie to see.

My son watches really tame stuff at home, and most “kid” movies these days are pretty  intense.  You combine this with his natural skittishness about all things action-play-fighting-related (see my post titled “Boys Will Be Boys?”), and it just didn’t make sense to push the big movie theater experience too soon.

This summer, I finally thought it was all coming together with the release of Cars 2. My son LOVES the first Cars movie. Check out his Lightning McQueen collection. 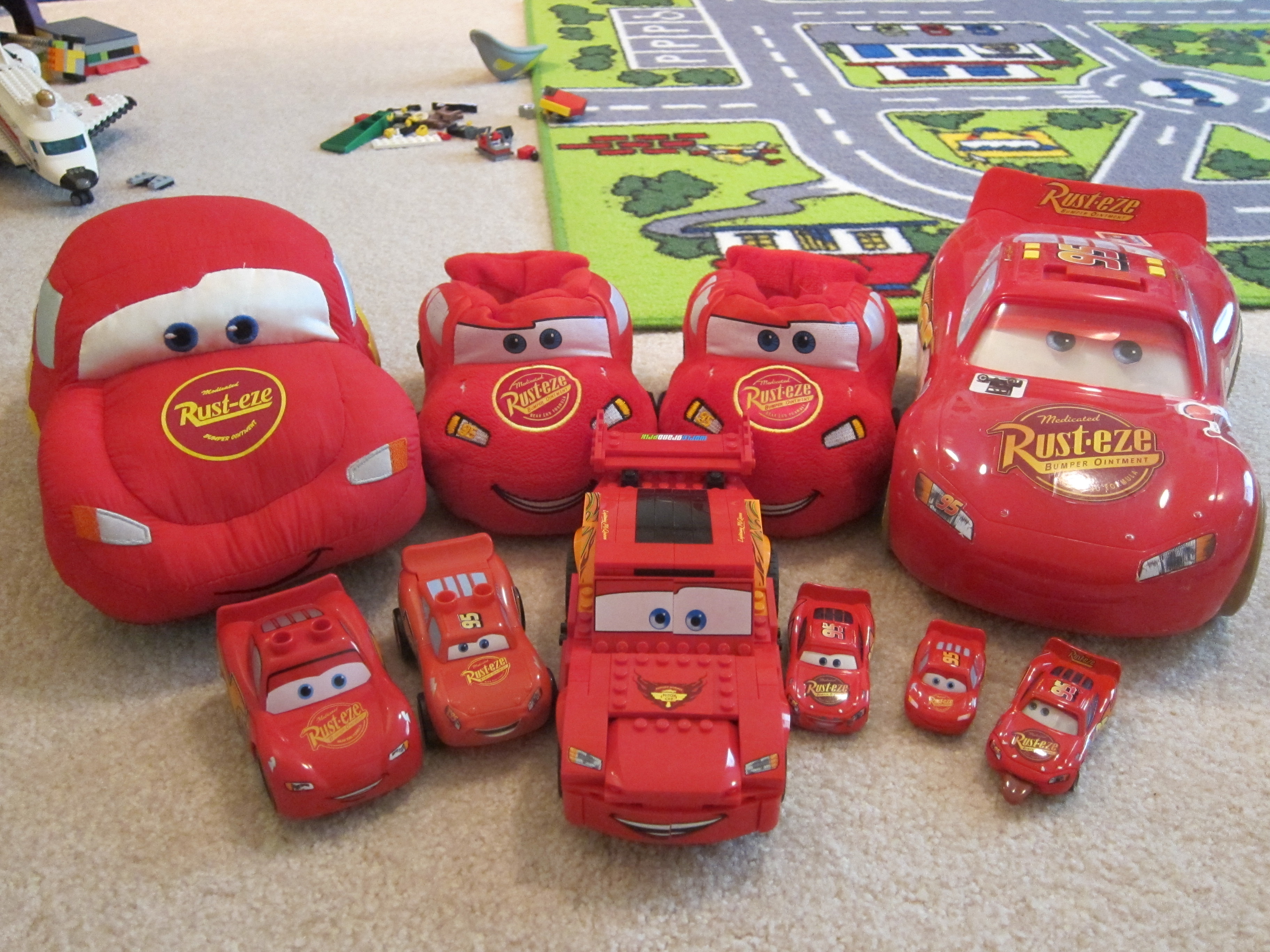 For those of you who haven’t seen Cars, it’s about a race car that learns about the importance of friendship and how winning isn’t everything in life. The “bad guy” is a rude car who cheats in races. All the big action in this film revolves around car racing. No one dies, and the winner in the end isn’t the car who won the big race, but instead, the car who helped a friend.

When Cars 2 came out, I knew this was it! We set the date. Then my husband came home and asked, “Did you actually hear what this movie is about?”

**Spoiler alert…because I am about to talk about the plot.**

In Cars 2, the bad guys are truly bad guys. Cars die. Cars are hurt on purpose. The word “kill” is said many times. When I started to read up on this, I felt deflated (shame on me…I know better than to talk up something to my son before researching it myself, but I just assumed it would be a continuation of the first story).

After mulling it over, I decided to talk to my son about it. I explained how this was a different type of movie from Cars. I explained it was an action movie with spies and bad guys, and I told him I would explain the plot in detail if he wanted. So we read the summary that I found on the internet from start to finish, with car death details and all, and we watched the trailers.  He didn’t fully grasp the whole plot  (rightfully so).

The true mastermind behind the bad guys’ shenanigans is trying to sabotage his own company’ green gas initiative to save big oil.  A relevant storyline to discuss these days but a bit much for a 5 year old. Despite some trepidation, my son wanted to go for it.

I took him to our local “Mommy Movie.” Where I live, certain theaters will open up for morning viewings of any of their current movies for families. You can wheel in your strollers,  chase your toddlers around, and talk with your kids during the movie without bothering childless patrons.

My son loved it! We sat in the very last row so he could jump behind the seat whenever he felt scared, and then we could talk about everything that was happening.

I didn’t know how he would embrace all the spy action, but he thought that was the best part. Afterwards at the playground, he wanted to make believe we were the characters from Cars, a game we have spent countless hours playing where he has ALWAYS been Lightning McQueen.

I said, “Ok, McQueen. Let’s race.”  To which he replied, “No Mom. I’m Finn McMissile.” I almost passed out. Prior to this day, my son would NEVER have chosen to be a weapon-toting super spy over the world’s fastest race car, but this movie captured his imagination.

Now he is all about Finn McMissile (the title photo with this post shows the first McMissile toy in a collection that I am guessing will eventually surpass his McQueens in number).  But he still embraces safety and reality-based play over anything too fanciful. Instead of chasing bad guys, he likes his McMissile to help repair bridges or fix electronics in the spy station.

While I am glad we waited so long for the big screen experience, this reminded me that pushing my guy out of his comfort zone with the right support and preparation can open up a whole new world of imaginative fun. And truth be told, I liked the movie, too!

Have you ever nudged your child out of their comfort zone with positive results? How did you make the decision about when it was the right time?

This has been an original post to World Moms Blog by Tara B. of Washington (State), USA.