CANADA: A Gay Day Out 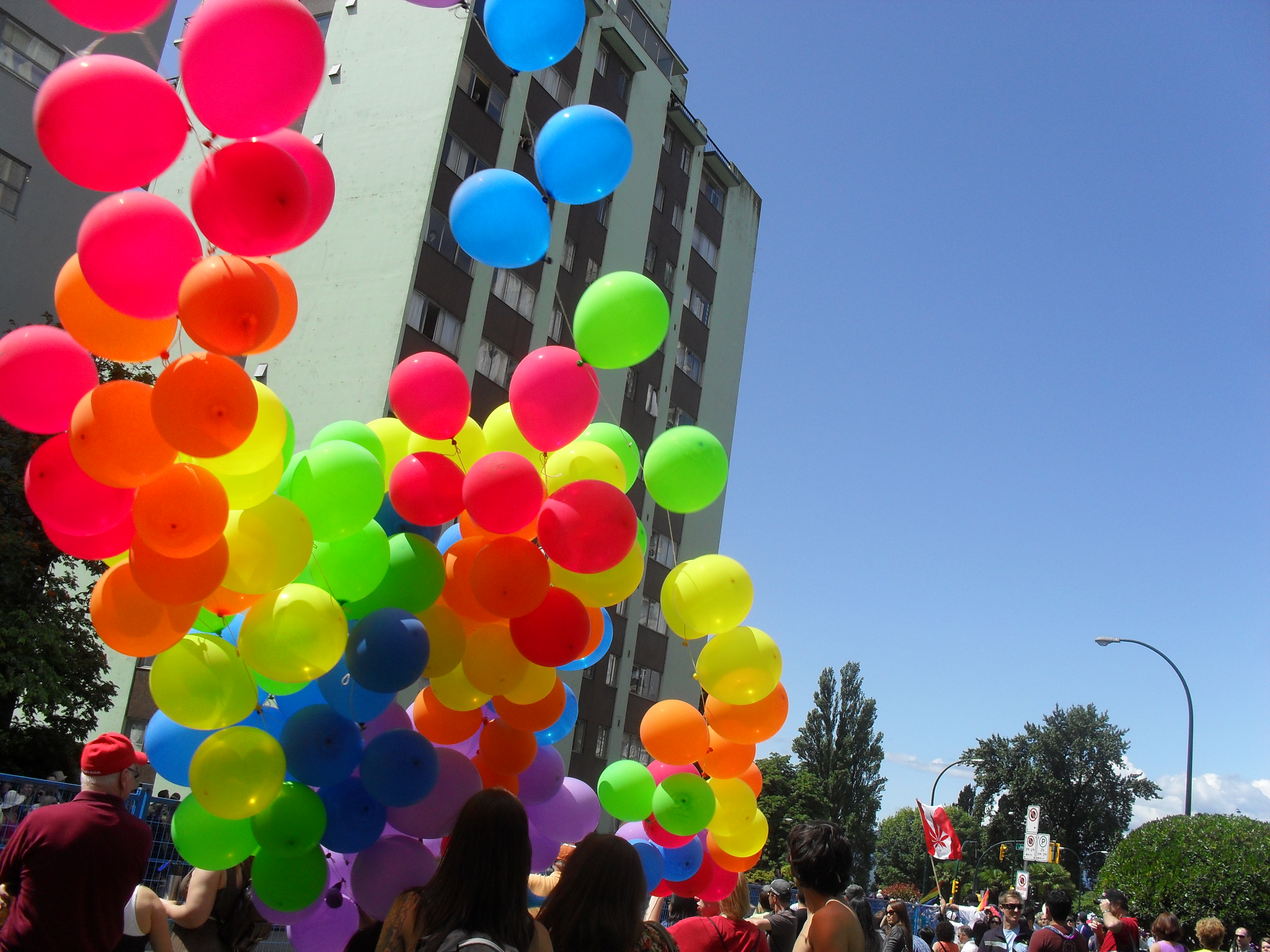 My husband and I live in a culture that is very relaxed about homosexuality. While homophobia still runs rampant in rural and conservative pockets of Canada, Vancouver is extremely liberal.

Gay marriage is legal in Canada, and in fact, some gay friends of ours (who both have the same name – it’s so cute it’s disgusting) just got married recently.

Even our conservative Prime Minister failed at getting the gay marriage laws overturned, and I think he has given up trying. Gay marriage is here to stay.

So when it comes time for the Vancouver Pride Parade, that just seemed to us like a great day out with the family.

The Pride Parade is older than I am, so it’s an established event in Vancouver. People take off their tops and march in pink outfits and put up balloons, and it’s a grand old-time.

We took our son down to see the show, and he enjoyed seeing all the people.  I wore a tie, and we handed our Little Owl a rainbow noisemaker. He’s too little to understand, so I think he’ll have even more fun in the future, when he takes more interest in floats and crazy costumes. 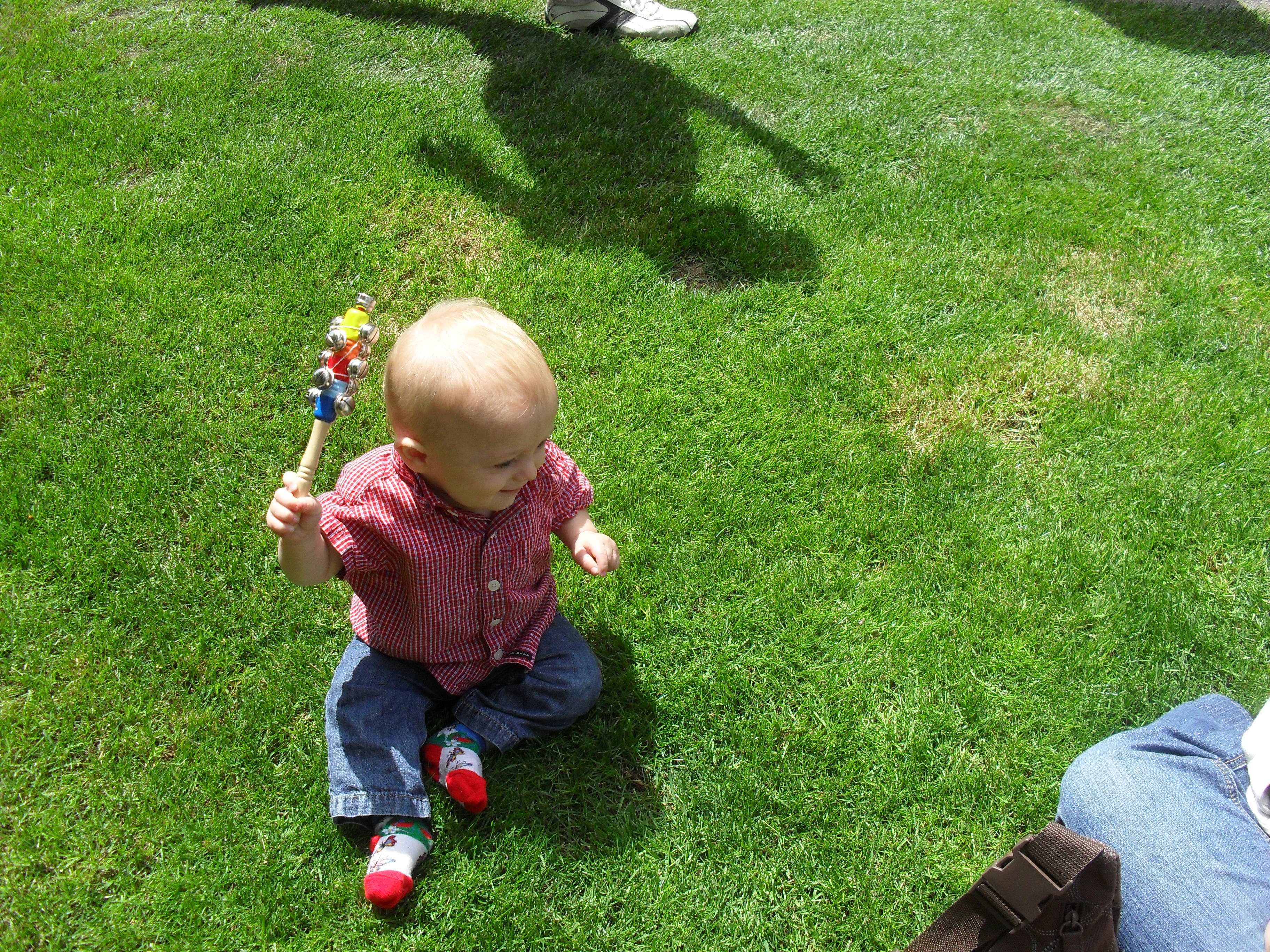 Even with him being so young, it was a fun time out for him. And yet, on internet forums, I’ve seen people debate about whether it would be “appropriate” to take a child to a Pride Parade.

Okay, sure, there are a lot of muscled men in pink speedos, but that’s nothing you wouldn’t see at the beach. Well, maybe the speedos wouldn’t be pink, but is that really the issue? And there are balloons and people in great outfits.

Sure, a lot of them are men dressed as women, but so what? A couple of my Little Owl’s “aunties” are genetically male, and he sees me in pants all the time so why shouldn’t he see a man in a skirt now and then? 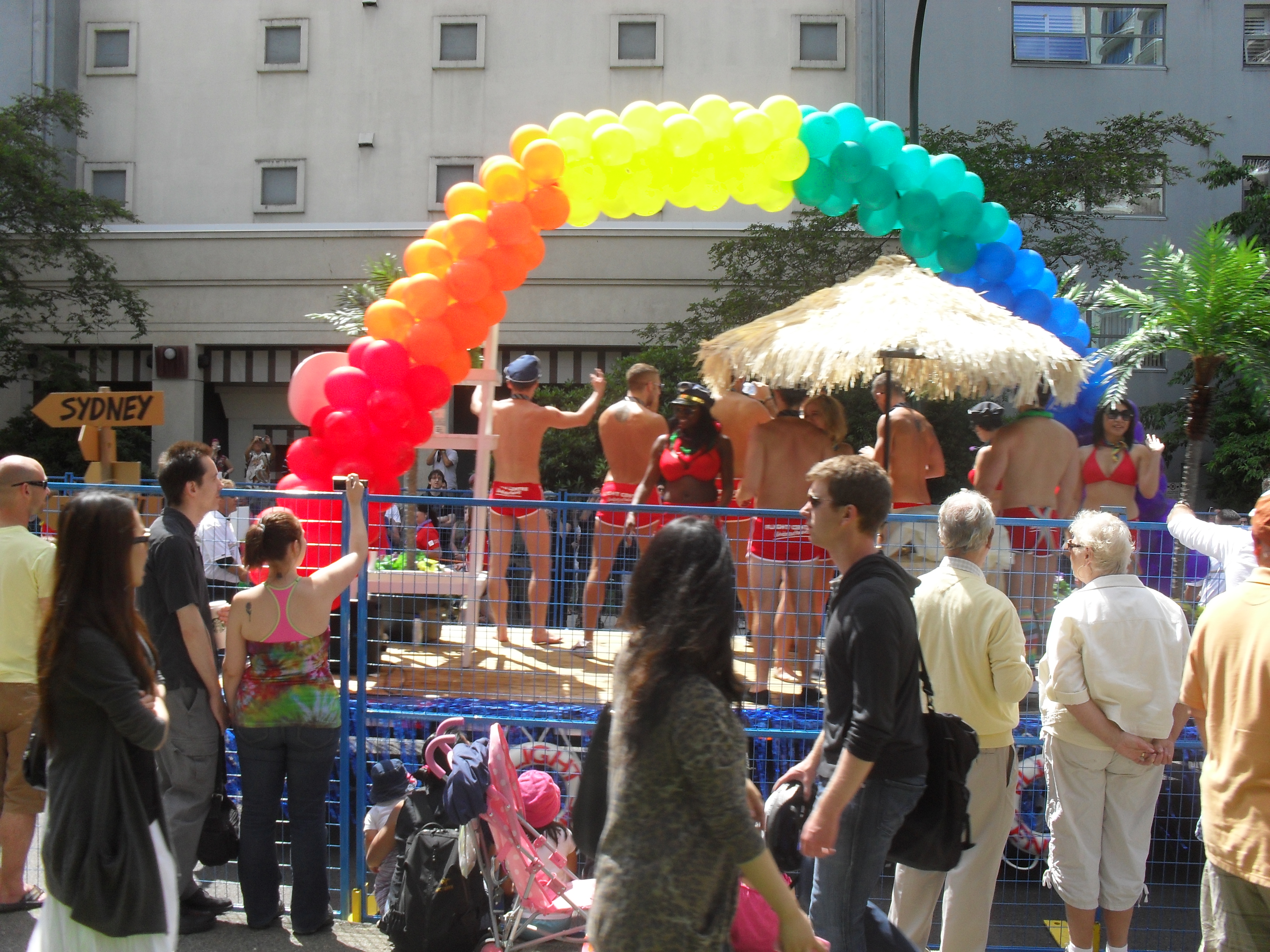 I love that I live in Canada, where Gay Pride is not so much a point of contention as it is a great excuse to get dressed up in crazy outfits and hoot at buff men doing the macarena on floats.

Would you or have you taken your child to a Gay Pride event?

This is an original post to World Moms Blog by Carol from If By Yes of Vancouver, Canada.  She can be found writing at her blog, If By Yes.