CANADA: The People We Leave Behind 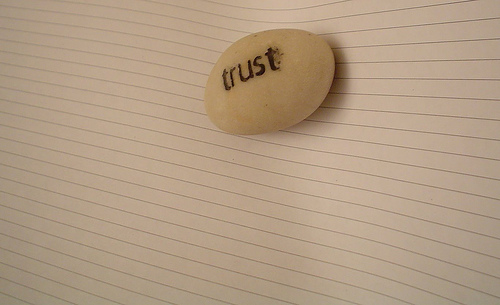 How do you gain your children’s trust …how do you keep that trust?

Years ago, while working in a busy hostel, I met a young woman who was addicted to crack cocaine. Amira was 2 years old, and Iman was 4. I was a young mom, who knew little about everything, but wanted to save the world.

I was very afraid for her son, A, who was 6 months old at the time, a little sweetheart with two little teeth that flashed when he smiled up at me for the first time from his stroller.

In my chosen field (of work), words like crack, HIV, suicide, poverty, and prostitution were repeated so many times, that it became something that we took for granted. What wasn’t mentioned and discussed was that there were “mothers” who were in this situation. Mothers who were going through all of these things with their children watching on.

A, was what is referred to as a “crack baby”. His mother smoked crack before, during and after his birth. When I found out that she was nursing him, I offered her formula as an alternative.When I saw that she was having a meltdown, I took him off her hands, brought him home, and cleaned him up (something that was against the rules).

The first time I took A, I found cockroaches in his formula. I was so devastated that I cried. Later, I watched him sleep, and he suddenly began convulsing. I cried again. Sometimes I would hold him and rock him, and he would paw at my chest, looking  for food, it made me angry that She still nursed him.

A, went through a lot in the short time that I knew him —  in his short life for that matter. His mother lived in a crack house, where there was drug paraphernalia lying around.

It didn’t matter that he could get a hold of drugs, needles, or be assaulted and hurt by one of the other residents or visitors.

It didn’t matter that he slept on a couch with his mother every night, and fell off at least 4 times a week.

It didn’t matter that after frequent drug-use little A had diarrhea and what seemed to be a severe reaction to everything, and it got so bad that he would pull at his tender skin.

It certainly didn’t matter that he rarely had enough to eat, and even with formula and baby food supplied to her, she would forget to feed him.

There was a lot of guilt floating around at that time. I felt that I was being judgmental and condescending.

When I bought clothes and toys for him, I assumed his mother would sell them.

When I gave her a new can of formula, I believed she would promptly return it to the store, for cash.

When she delivered him to me in the middle of winter with a sweater, I didn’t ask for his jacket. I went and bought a new one right away, thinking that I knew what was best.

If I gave him love and tender care, I figured she would see him as a spoiled nuisance who demanded the same from her. As I said, there sure was a lot of guilt floating around, and I felt that the one who was losing out was little A.

I thought when I took him to my safe, clean home, and bought him new clothes and toys, that I was doing some good. Perhaps I was, but I doubt it. You see, I decided that I wanted to adopt little A. I started going through the process, and roadblocks came up again and again. I pushed on, because I wanted him to have a safe home — not because I didn’t want him to be with his mother.

In the process, I found out that his mother already had 3 other children (2 boys and 1 girl), who were in the care of her sister. Her sister also had 3 of her own children. All of the children were 10 and under…imagine. I was told that I didn’t stand a chance in getting A, because I wasn’t family.

I didn’t resign, but I felt defeated. I cried a lot. I prayed a lot, but, I knew Family law. I didn’t have much of a chance in getting little A.

That was almost 10 years ago. I think about him every single day. The girls always speak about their ‘almost’ brother. I wonder many times, how did it all work out? United with his brothers and sister, I wonder if he had a better life with his aunt. I wonder if his mother’s drug-use has affected him emotionally, and physically — has she been a part of his life?

The guilt is still there, floating around. It bothers me that that I gained that little boy’s trust, and then I couldn’t deliver. I am bothered that I brought him into our lives, and upon his departure, there was no clear explanation to my young children.

Sometimes, I am happy that he was so young that he may not have remembered. Most of the time, I hope that he does remember us, and that his life is even better than I expected.

Have you ever made a decision that impacted someone in a way that you cannot forget? How has it affected your life?

Photo credit to Drewbie Doo. This photo has a creative commons attribution license.