INDIA: The Idea of Competition

As Kirsten wrote in her travel itinerary last Sunday, I do have a tale to tell you, rather my son does.

It is the story of the boy and the apple tree. It’s a very popular story in India and was recently read by my son’s teacher during one of the Parent Teacher meetings.

Let me get on to the beginning of the story. I was called to school one day and informed that my son was selected to represent the school for a story telling competition.

The criteria for selecting him was that he had a great vocabulary, good command over the English language (we are non native speakers), and well… once he starts speaking about a particular subject, he just keeps going. I was glad and proud to hear all this.

But story? Excuse me?

Would I be able to teach him a complete story, and would he be able to reproduce it in the same way? And, representing the school, well, would not be bad, but we would not want to disappoint the school, so we’d have to help him practice.

The story of the boy and the apple tree was chosen because it is an ancient story with a moral that is well-known to people, and even if he slips somewhere, it may not get noticed. Well, we decided to narrate it. He was expected to act out the story too.

And I was instructed by his teacher to get some props ready so that he can use them while actually telling the story to make this whole drama interesting for the kids and earn us more goody points from the judges.

Check out the apple tree props made from thermocol, cardboard, and paper mache in the photo above. And below, you can also see the wooden toys, house, boat and stump of the tree from the story. 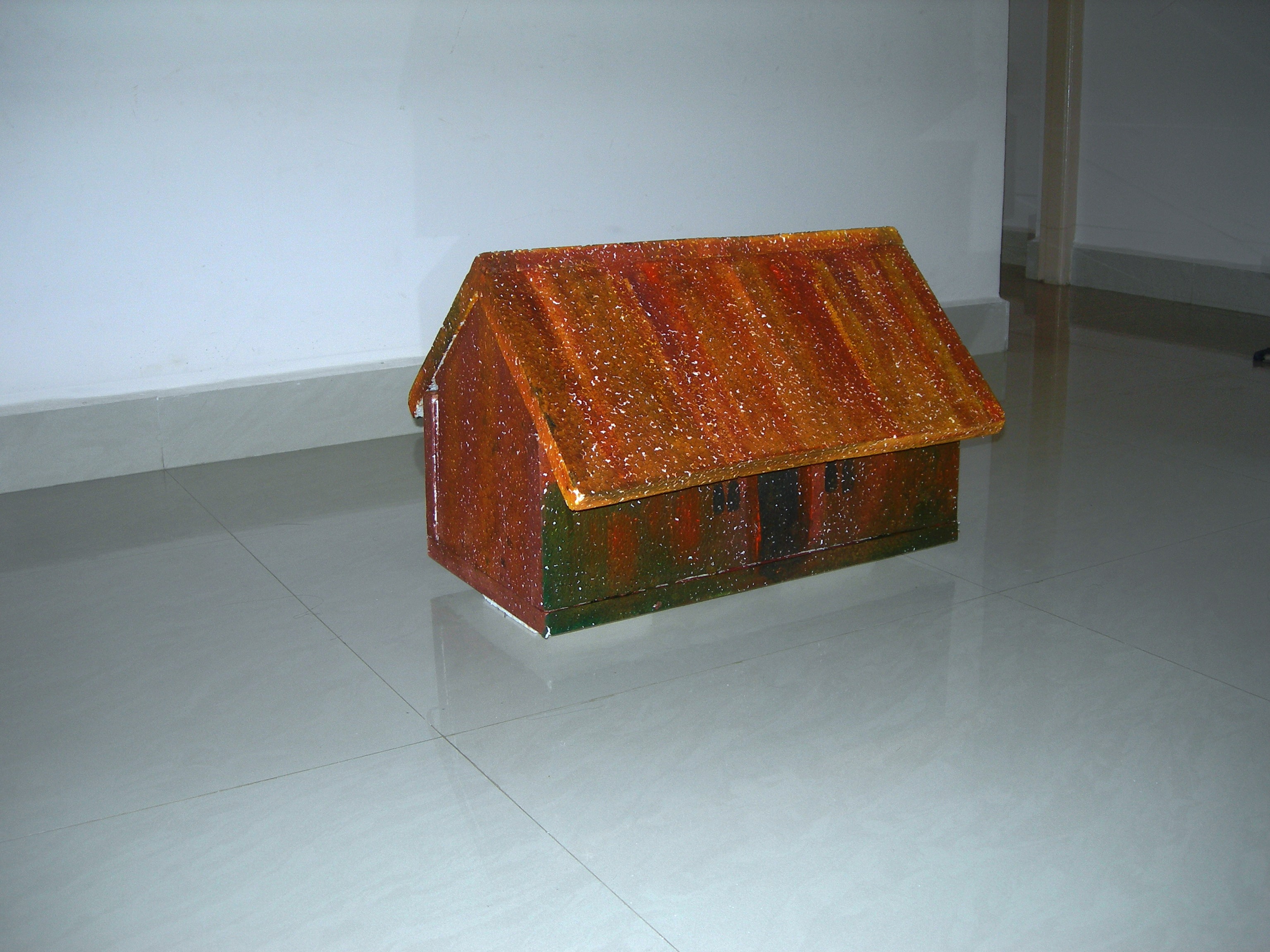 The house supposedly built from the branches of the apple tree 😉 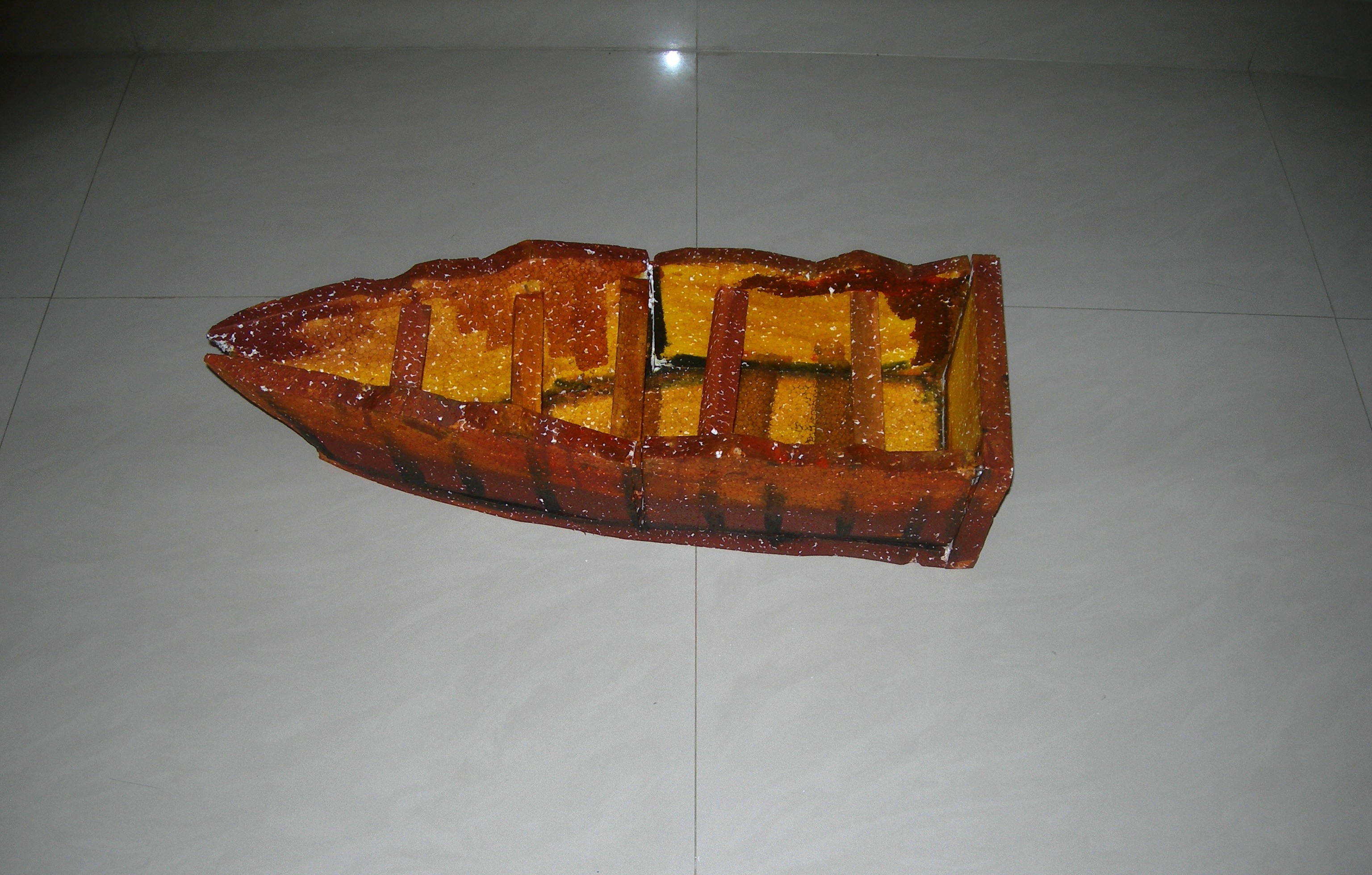 The boat supposedly built from the trunk of the apple tree :p

You know, the story is not as sad as it appears to be on wiki if told in a particular way. I should boast of my son’s convincing skills to let the audience believe that the story indeed was very cheerful and joyful for little boys like him. (I will post a video soon.)

Well, long story short – our story won third place, and there were over fifty participants in this event. To be honest, we had actually not stayed back for the results to be announced. There were around fifty children narrating beautiful stories, and at least five children narrating the same apple tree story.

My son did not emote too well, I should admit (there were amazing five-year girls who emoted as if they were auditioning for a movie — very impressive). He halted at one place. And then, he restarted a sentence because he decided to catch someone’s eye. He had an Indian accent. He still did not care much to pronounce certain phonetics as they should be. He tended to go back to baby lisping at times. Oh, there were flaws. Some easily noticeable, some very minor, but all present.

I should also say, there were a lot of positives. His English grammar was perfect. He chose his own words (and vocabulary) even though I had made him memorize the story according to wiki. (He is only five, come on.) He speaks Tamil (my mother tongue) and English so fluently. This also reminds me of a few posts and discussions we have had over multilingualism by Alison, Ambrefrench, Asta and few others.

He was natural up there on the stage, rather than prepared or memorized. I was happy that he was self-assured when addressing a hundred plus people (toddlers and parents). I was glad that he was a mature five-year old (if you know what I mean), rather than a practiced story-teller for a competition.

I think people today are changing too, because the judges decided that he should get a prize, too. We did not tell him that it was a competition and that he should be doing his ‘best’ and ‘win’. Our son was, after all, still a baby. Why should he compete with other five-year old babies? This was supposed to be fun. This was supposed to be a game where everyone talks on stage or narrates a story.

I think the idea of competition is outdated in today’s community of parents who want to bring up confident, socially friendly and mentally nurtured individuals. People do best what they love to do and more so believe in themselves.

Each one of us has something special and unique within ourselves. Oh yes, there is some degree of healthy competition needed to bring out the best in oneself, but well, someday when I think he is old enough for that, I will speak to my son about it.

How old is your child and what is (s)he good at? And would you let him/her compete with other children? If so at what age?