INDONESIA: Caring For Your Parents 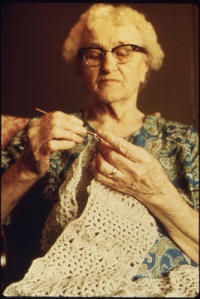 These past few months have been really stressful in this household. Yes, I live with my parents and my two younger brothers. It’s considered common, here, in Indonesia, for children to remain living with their parents until they get married – or in my case, until they get divorced and move back home.

Late October my father fell ill due to twenty-something years of dealing with Type 2 Diabetes. He got so sick from gangrene on his left foot that he had to fly back to Jakarta because he didn’t want to have his surgery in Zambia alone. It was by a pure miracle he made it back to Jakarta after such a long flight.

We took him to the hospital immediately, and the doctor said surgery was the only way out. They had to amputate one toe and remove 2/3 of the skin on his foot. The surgery went well, but due to his heart condition (he had bypass surgery back in 2001) he was forced to spend over two weeks in the hospital.

Just a couple of weeks after he came home from the hospital, my mother then fell ill. Her lungs were nearly fully covered with fluids. She spent a few days in Intensive Care.

It was trying times. We, the children, were, of course, scared, worried and tried to be there for our parents as best as we could. My two brothers were working full-time, and so was I. We took turns staying in the hospital to be with our parents.

When my mother was rushed into the hospital in the middle of the night, I just started a brand new job that was supposed to be very promising for my career.

Although my previous employer was much more lenient about family emergency leave. As a new employee, I understood that my new boss would be upset that I had to take a day off. I just didn’t know he would be THAT upset.

I quit my job.

And I have been fully taking care of both parents at home now that my mother – still recovering from her illness– is home, too. I’m on the lookout for a new job, but in all honesty, I can’t work with someone who doesn’t have a heart and who talks badly about my family.

Here, in Indonesia, it is in our culture that the children take care of their parents. A nursing home is not a concept that is widely accepted although there are families who practice that, including my own father’s. My grandmother (from my father’s side) refused to leave her hometown to come live with us, so she stayed in the town I was born. She’s now buried in the town that has been her home for many years.

My other grandmother, on the other hand, travels quite a bit. She was staying with one of my aunts until my aunt passed away a few months ago from cancer. Now my grandmother is with another aunt. Nursing homes here are mostly filled with elderly that have no family left.  Personally, I’m not against a nursing home, but for my own parents, I wish to help to take care of them the best that I can. Assisted living here is not as widely advertised as in America.

Family ties are closely knit in Indonesia, especially for my own. We stick together. Yes, it would have been easier to have hired help to care for my parents when they were in the hospital, but we just don’t have the hearts to do so. It’s unnatural for us.

Children here are raised knowing that one day it is their duty to care for their aging parents. It’s an unspoken realization that one day, when our parents are old and sick, we, the children, will step in and take care of them. With a smile on our faces we have taken on the responsibility to repay our parents by taking care of them in their old age.

How is it in your country? Do you feel responsible to care for your aging/sick parents? Do you believe in assisted living for your elderly parents?

This is an original post to World Moms Blog by Maureen of Indonesia  from Tatter Scoops.

Photo credit to the US National Archives.  This photo has no known copyright restrictions.