HUMAN RIGHTS: Amina Filali: The Face of Violence Against Women in Morocco 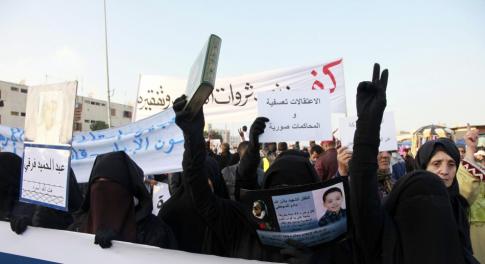 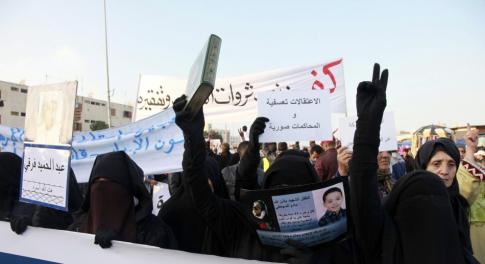 Demonstrations in Morocco after the suicide of Amina Filali

Amina Filali was only 16 years old when she took her own life by swallowing rat poison.  Her story has caused an outpouring of outrage and support from far beyond her small town in northern Morocco.  According to reports, Amina was raped last year at the age of 15 by an older man.  Instead of seeing her rapist punished for his crime, Amina was forced to marry him. A few months into an unconscionable marriage, her rapist/ husband was beating her, she told her mother. Her mother counseled her to try and bear it, according to the Moroccan daily al-Massa.  Amina must have seen no way out, no future worth living.

Much of the media coverage has focused on Article 475 of the Morocco Penal Code, an archaic provision which allows  a perpetrator of rape to escape punishment if he marries the victim. While it may be infrequently used in Morocco, it is a violation of human rights that attracted international scrutiny before it resulted in Amina’s tragic death.  I saw this myself when I was at the United Nations in Geneva last November with a group of Moroccan women’s rights activists.  We were there to participate in the review of Morocco’s compliance with the United Nations Convention Against Torture.

Violence against women is considered torture under the Convention and the independent committee of experts charged with monitoring state compliance with the treaty had many pointed questions for the Moroccan delegation about Article 475 and other provisions related to the Moroccan government’s failure to protect women from violence.

Amina’s story may be shocking to some of us, but it is a glimpse at the reality of the violence faced by women in Morocco every day. A 2011 national study on the prevalence of violence against women found that 62.8% of women in Morocco of ages 18-64 – more than 10 million women – had been victims of some form of violence during the year preceding the study. That’s a staggering number which does not even include minors like Amina.

Although the Moroccan government has made reforms that promote the rights of women, including a promised comprehensive Violence Against Women (VAW) law, there are currently no laws that provide effective protection from domestic violence.  No civil remedies such as Civil Protection Orders exist and cases of domestic violence (which are categorized as misdemeanors) require the victim to suffer “disabling” injury in order to be prosecuted. Throughout the justice system, there is a lack of intervention and adequate response to complaints of domestic violence. Further, Moroccan laws that criminalize actions to hide or harbor married women effectively make shelters illegal.

The Moroccan Penal Code provides insufficient protection against rape and sexual assault, which are often unreported and prosecutions not pursued. Spousal (also called marital or conjugal) rape is not specifically considered a crime in the Penal Code, nor is it prosecuted in practice, as women are deemed to have consented to all sexual relations with their husbands by marrying them. Rape cases in general are difficult to prove in Morocco, as actual physical injuries are required to prove non-consent.  And even when a rape case is investigated, the perpetrator is not always punished.

Furthermore, all sexual relations outside of marriage are illegal in Morocco so there is a strong disincentive for a young woman like Amina to report a rape as she risks being prosecuted for illicit sexual relations if she does not prevail in proving her rape case and she is not married to her rapist.  Is it any wonder that Amina apparently kept her rape a secret even from her parents for two months?

Amina’s story is a tragedy.  But the media attention it has drawn is a cause for hope.  Amina’s story has raised awareness both inside and outside of the country about violence against women.  In addition to the media attention, there is a reinvigorated campaign to abolish the law.  There is a Facebook page and an online petition.  There were demonstrations in Rabat on Saturday, March 17 that drew hundreds of protestors and ended with a sit-in at the Parliament.

The silver lining to Amina’s sad story would be that the internal and external pressure  on the Moroccan government finally results in the passing of a Violence Against Women law in Morocco.

How do you feel laws should be changed to better impact the lives of women and prevent human rights abuses in your country?

This is a revised version of a post written by Jennifer Prestholdt of Minnesota, USA for World Moms Blog.  Jennifer, an international human rights lawyer, can also be found on her on her blog, Human Rights Warrior and on Twitter @JPrestholdt.

My colleague, Stephanie Willman Bordat of Global Rights, talks about the reaction in Morocco to the death of Amina Filali.

Written Communications to The Advocates for Human Rights from Moroccan NGOs (26 September 2011).

MOROCCO: Challenges with addressing domestic violence in compliance with the  Convention Against Torture 47th  Session of the Committee Against Torture (31 October – 25 November, 2011), Joint Written Statment submitted by The Advocates for Human Rights and Global Rights, in collaboration with an alliance of Moroccan NGOs at http://www.theadvocatesforhumanrights.org/uploads/final_shadow_report_to_cat_re_morocco_response_to_dv_oct_14_2011_sent_to_geneva_2.pdf