MALAYSIA: Lessons From My Childhood 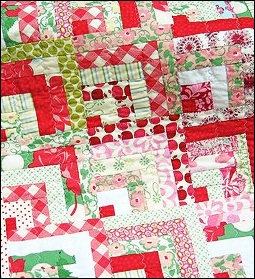 Image used with permission from E By Elaine

When I think back on my childhood memories, I see moments — like it’s on a patchwork quilt.

I am two. My second brother pushes me, and I fall and land on our pet dog, Rufus. Sweet, gentle Rufus turns his head as I land, then growls and snaps at my ear. I remember being horrified and offended at the same time. At my brother. Lesson learned – watch where you fall, little one.

I am two and a half. I sit proudly with my baby sister in my lap. I smile at her, she’s my new doll. Except she moves, and gurgles! I’ve never loved anything or anyone more. Lesson learned – sisters are awesome.

I am four. In kindergarten, a bigger girl pushes me off the swing. I shrug, walk to the sand pit and start digging with a little spade, pouring sand into a bucket. She comes over, snatches the spade off me, throws it. Outwardly, I shrug. Inwardly, my four-year old self holds a deep-seated grudge that would last for over 20 years. Lesson learned – forgive and forget.

I am six. Running, screaming from my second brother (again) wham! Right temple makes contact with a wall, sneakily hiding behind a thick curtain. Six-year old head splits, blood spills and a scar forms, forever reminding me of this lesson learned – watch where you’re going, literally and metaphorically. You never know what’s behind that curtain.

I am seven. My nanny and the housekeeper, who’s looked after me since I was born (I was told) is leaving. There are tears. From my mother. She told me years later she was terrified of having to look after 4 children all by herself. She couldn’t even cook. Lesson learned – never, ever depend on just one person. Also? Learn to cook.

I am eight. My parents are out for the night, leaving us kids with my 13 year old brother in charge. He slights me in a manner which I can’t recall now. I threaten to tell my father. I do. I hear yelling, then screaming. He’s being belted. I lie in bed and whimper, thinking how much trouble I’m now in with my brother. Lesson learned – don’t be a telltale.

I am ten. Standing behind my second brother (yet again), who’s holding a lit match, balancing on the bathtub, as he lights the old-fashioned water heater. A swift turn of the body, a lit match goes straight into my eye – fortunately, my reflexes are faster than my screams. Result, a burned eyelid and no lasting effects. Lesson learned – stay away from your sibling who seems to attract danger.

I am twelve. Teetering on the edge of puberty. I pick a fight with my younger sister, ten. It’s a battle of hair pulling, scratching and arm biting. Result? I get blamed and punished. Lesson learned – older siblings are supposed to know better.

What lessons did you learn from your childhood?

Photo credit (with permission) to E By Elaine.