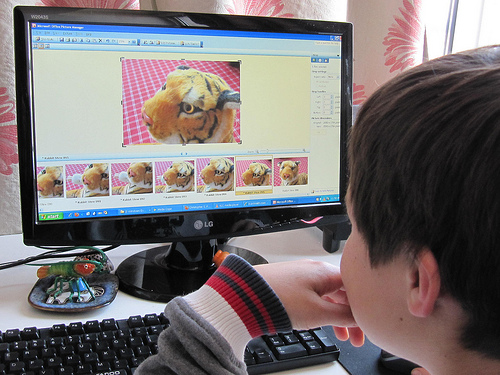 These words were uttered by my five-year-old son James after school one day. He asked the question casually, as if he was asking for a glass of milk. No big deal.

My face involuntarily morphed into an “Are you crazy?” expression, and in a super-sonic voice that only dogs and small children can hear, I said, “No!”

“But Emma has one,” said James, as if that explained everything.

Emma is one of James’ friends at school. Emma is five.

The following day when I dropped James off, I spoke to his teacher.

“Does Emma really have a cell phone?” I asked.

“Yes,” said the teacher with a weary sigh. “It had the whole class in an uproar. We’ve had to make her leave it in the office during school hours.”

Wow. Five-year-olds with cell phones. When I was five, the only phone in my house was the ugly green rotary dial phone END_OF_DOCUMENT_TOKEN_TO_BE_REPLACED